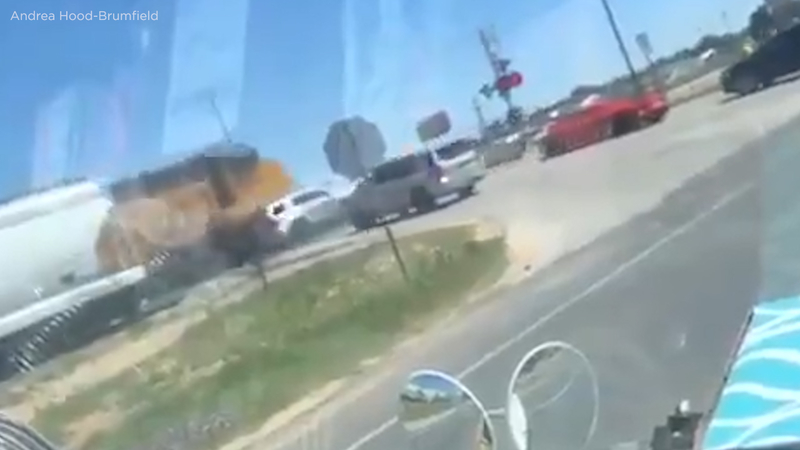 MIDLAND, Texas -- A West Texas sheriff's deputy reportedly walked away with only minor injuries after his cruiser was hit by an oncoming train and flipped onto its side.

The deputy was one of two responding to a call about a baby that had stopped breathing on Tuesday in Midland, Texas, according to local media reports. After the train on the near set of tracks cleared the railroad crossing, eyewitness videos showed the deputy attempting to cross the tracks while the arms were still down.

The deputy apparently did not see another train approaching from the opposite direction on the far set of tracks. The oncoming train hit the deputy's cruiser, causing it to flip and roll into the grass beside the road.