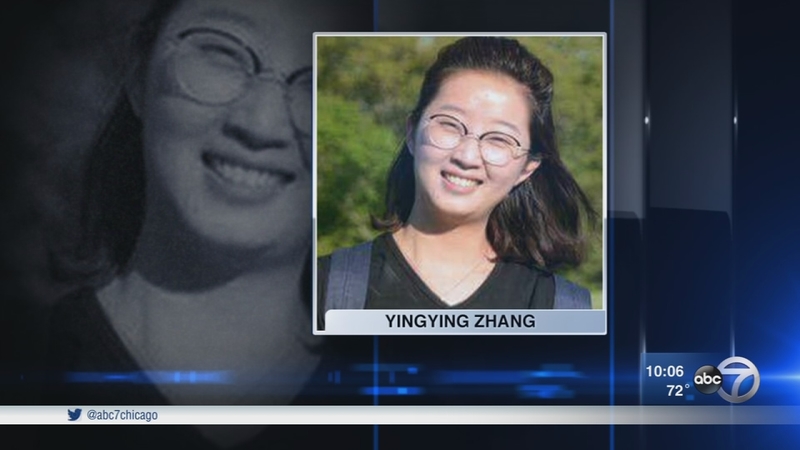 Man charged in kidnapping of U of I scholar was surveilled

URBANA, Ill. (WLS) -- The man charged in the kidnapping of a University of Illinois student was a former student at the Champaign school.

Three weeks after her disappearance, Yingying Zhang's body has not been found.

In a criminal complaint filed Friday, federal investigators said they believe Zhang - a 26-year-old Chinese scholar -- is no longer alive. She had only arrived in the United States a couple months ago with the dream of becoming a college professor.

Just last week, Zhang's father, aunt and boyfriend were in Chicago for a vigil holding out hope that she was still alive.

On Friday, kidnapping charges were filed against Brendt Christensen, a 27-year-old Champaign man and former physics PhD candidate at the University of Illinois.

"Those that knew him are quite surprised. There was no hint of something like this," said Prof. Lance Cooper, of the University of Illinois.

On June 29, Christensen was captured on audio explaining how he kidnapped Zhang, brought her back to his apartment, and held her in his apartment against her will.

Zhang was last seen getting into Christensen's black Saturn Astra on the afternoon of June 9.

Investigators believe Zhang accepted a ride from a stranger, because she was running late for an appointment to sign a new lease. Urbana-Champaign is one of the most popular U.S colleges for Chinese students, with more than 5600 enrolled there.