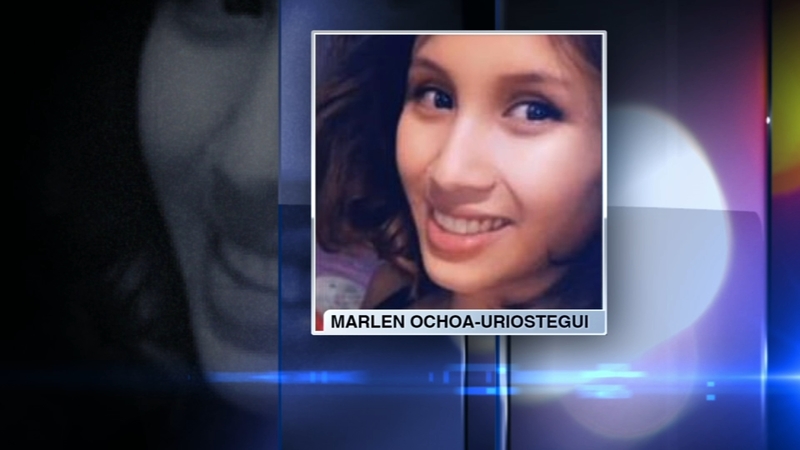 CHICAGO (WLS) -- Chicago police said persons of interest have been taken into custody and are being questioned in relation to a pregnant 19-year-old who has been missing from Chicago's Pilsen neighborhood for three weeks.

Police announced the arrests Tuesday afternoon. The persons of interest were taken into custody in the 4100-block of West 77th Place on the city's southwest side. Neighbors said four people, two men and two women, left with officers around 3 p.m.

Marlen Ochoa-Uriostegui was last seen April 23 after leaving Latino Youth High School in Pilsen. She was 9 months pregnant with a May 5 due date. Relatives said Ochoa was supposed to pick up her 3-year-old son from daycare, but she never showed up..

Multiple neighbors who wished to remain anonymous told ABC7 Eyewitness News that on April 23, an older female resident of the home on West 77th Place was seen bloodied and holding a baby wrapped in a towel, screaming that her baby was not breathing.

Chicago fire officials confirmed that shortly after 6 p.m. firefighters responded to the address for a baby in distress. CPR was performed and the baby was taken to Christ Hospital, officials said. The baby's current condition is not known.

Neighbors said they were unaware the woman, who's in her late 40s or 50s, was even pregnant.

Neighbors were shocked by the afternoon arrests.