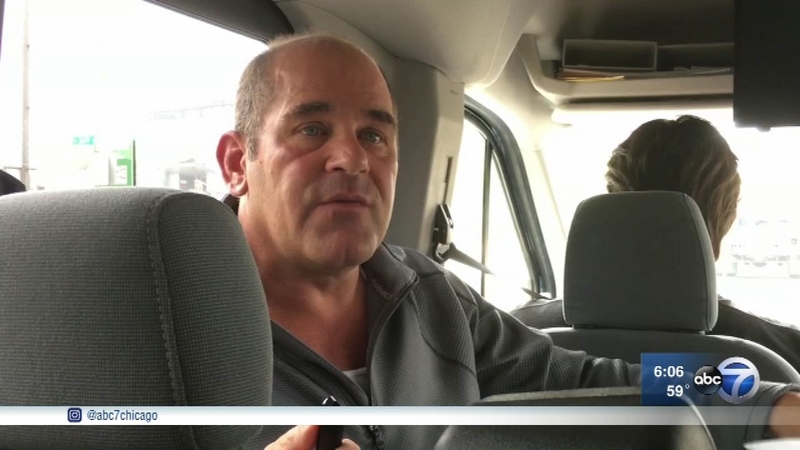 CHICAGO (WLS) -- A century-old code of silence practiced by the Chicago Outfit is being broken several days a week on a bus tour by a former gangster who is taking his personal mob knowledge to the streets.

The "Family Secrets Tour," hosted by Frank Calabrese Jr., is a two-hour guided expedition to mob murder sites around Chicago. "Frank Jr. takes you to the actual crime scenes he experienced firsthand while working as a member of his father's Chinatown crew," states a description of the tour.

Calabrese's new business, at $40.00 per person, began in early October and will "teach you what it was like to think, look, and act like a mobster and how to blend in with the mean streets of Chicago."

"Family Secrets" was the name of an FBI investigation into mob murders and rackets that began in 1998 when Calabrese Jr. wrote a letter to authorities offering to help prosecute his father. Frank "the Breeze" Calabrese was an Outfit boss and killer who controlled his mob crew-and his own family-with an iron fist.

14 mob bosses and associates ended up charged in the landmark case and Calabrese Jr. was a main witness. When the investigation and court cases were finished in 2007, federal investigators had solved 18 gangland murders dating back to 1970.

Now, ten years later, the reformed hoodlum is leading a new bus tour that takes patrons to locations where wayward mobsters were rubbed out. Calabrese Jr. gives his account of growing up in the mob and describes the hits, runs and errors of his family's murderous rackets.

"Don't do this to us. We've suffered enough" said Ellen Ortiz, whose husband Richard was murdered by Frank Calabrese Sr. in 1983. The widow Ortiz, 75, says junior's bus tour is "disgraceful."

Richard Ortiz was a Cicero bar owner whom Calabrese Sr. believed to be dealing drugs and floating juice loans without the blessing of the mob. The Outfit boss blasted Ortiz several times with a shotgun, obliterating his face. Now the thought of Calabrese Sr.'s son leading a tour to mark that murder and others grates on Ellen Ortiz. "It's not right, it's not right" she told the I-Team.

Her son, 12 years old at the time his dad was killed, now has a more direct observation of Calabrese's Family Secrets Tour. "He was the rat so I think the rat should just crawl back in his hole" said Tony Ortiz, now 46.

"The tour doesn't focus on murders -- it focuses on the evolution of the Chicago mob" Calabrese Jr. said in an interview with the ABC7 I-Team. He maintains the tours are therapeutic for him. "I haven't really thought deeply why the exact reason is I'm doing this. For a few reasons. I mean I want to make money too just like anybody else. I want to do good."

The son-of-a-mob-boss, who wrote a 2011 book about his experiences as well, said he is not trying to glorify Outfit life. "They have that right to say 'was he making money, you know?' I'm trying to take something that was bad and make it good for more than one reason" Calabrese Jr. said.
Report a correction or typo
Related topics:
societychicagoloopcicerovictimshistoryi teammobtourism
Copyright © 2022 WLS-TV. All Rights Reserved.
I-TEAM
ISP combating expressway shootings with new technology, tactics
IN man pleads guilty to being in US Capitol during Jan 6 insurrection
Could remains in shrinking Lake Mead be tied to Chicago mob?
I-Team: Postal Protection
TOP STORIES
Security guard shoots man in buttocks at Millennium Park
9 shot, 2 fatally, on Near North Side
Chicago mass shooting victim ID'd as father of 2, with twins on way
New hotline aims to help those struggling with opioid, substance abuse
Officer relieved of powers after teen carjacking suspect shot: CPD
United cancels couple's flight, charges $4K more for same seats
Teen charged with killing man after kicking him in head in CTA attack
Show More
Great Lakes Piping Plover chick Imani spotted in Minnesota
Doja Cat drops out of Lollapalooza due to throat trouble
Legendary Cubs pitcher 'Fergie' Jenkins immortalized with statue
American Idol finalist Leah Marlene prepares for finale
Bakery works to help others as it serves up sweet treats
More TOP STORIES News