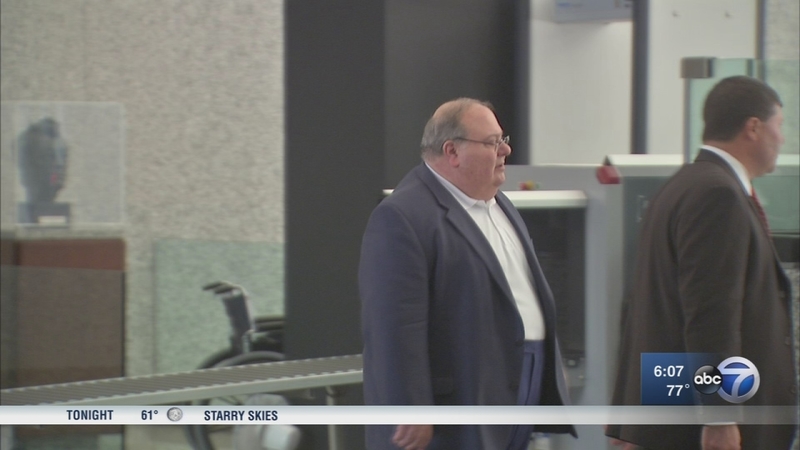 CHICAGO (WLS) -- In the late 1990's when John "Pudgy" Matassa was bounced from the Laborers Union because of his tight connections to the Chicago Outfit, authorities say he managed to stay in the union business...by opening a local office of the "Amalgamated Workers Union."

Matassa, 65, pleaded not guilty Thursday afternoon to a 10-count federal indictment charging him with wire fraud, theft of government funds, embezzlement from a labor organization and making false entries in union records.

According to the latest U.S. Labor Dept. record signed by Matassa, the union has 189 members, charges dues of $40 per month and has less than $2000 in net assets. Matassa's records state that the address of the union is 119 S. Emerson in Mt. Prospect. That address is where Matassa states that the "organization's records" are kept.

However, the address of 119 S. Emerson is a UPS mailbox store and not a union headquarters. His union has been using that address for its official business for several years. The Amalgamated Workers Union has no website, the local has no apparent street presence or office and it is not listed as a member of the Chicago Federation of Labor. It is also not listed in University of Illinois' library of labor unions in the state.

According to an IRS filing from 2015, the union states that its purpose is "to organize all workers for the economic, moral and social advancement of their condition and status."

Matassa is an Arlington Heights resident. U.S. District Judge Matthew Kennelly released him on his own recognizance. His attorney Robert Michels has not responded to I-Team inquiries concerning the headquarters' address.

During Thursday's brief court hearing, Assistant U.S. Attorney Richard Rothblatt said prosecutors were concerned that while awaiting trial Matassa would be able to make decisions on union members' dues. Federal prosecutors said they planned to ask the court to curtail Matassa's financial duties during the case. Matassa's lawyer objected. The judge did not immediately rule on the request.

Matassa is accused of putting his wife Lynn on Local 711's payroll in a do-nothing job in February 2013 while lowering his own salary, authorities charged. He then applied for the early retirement benefits from the Social Security Administration's Old-Age Insurance program. Investigators say by listing his reduced salary Matassa was enabled to fraudulently qualify for those benefits.

In addition to Matassa being linked to the Outfit during a federal investigation of the Laborers Union, his name also surfaced during the 2009 trial of a deputy U.S. marshal who was convicted of leaking secret witness information that ended up in the mob's hands.