Woman fatally struck by train in midst of modeling shoot 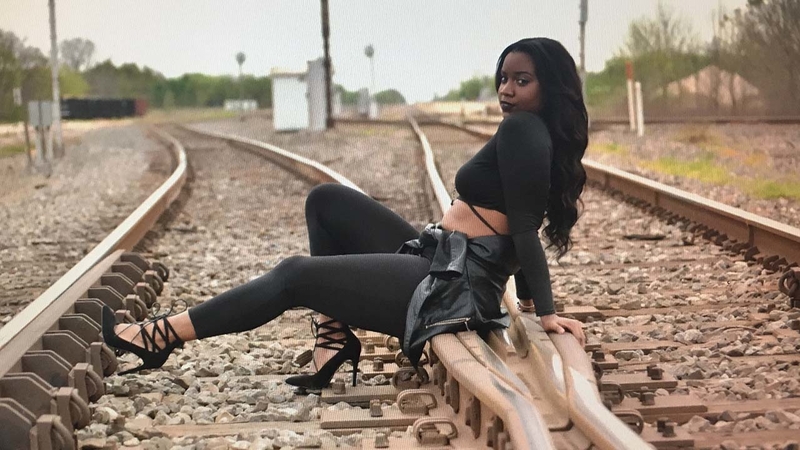 NAVASOTA, Texas -- The train tracks that criss-cross the heart of Navasota is part of daily life in this small town. A week ago, Fredzania Thompson saw the tracks as the perfect backdrop for a photoshoot to launch her modeling ambitions.

"I actually talked to her that morning," recalled fiancé Earl Champman. "She told me she was headed to the photo shoot."

That short conversation would be the last time Chapman would ever speak to Thompson, just 19 years old.

Hours later, he would learn that his fiancée, who was pregnant with the couple's first child, was hit by a train in the midst of the photoshoot.
EMBED More News Videos

The 19-year-old moved out of the way of one train only to be struck by another train on the other track.

"The photographer said she was moving," recalled Akamie Stephenson, mother of Thompson. "She was actually off the tracks. But she didn't move far enough, and it hit her."

Authorities say Thompson was standing between two sets of tracks Friday in Navasota when a BNSF Railway train approached.

Eyewitnesses told Stephenson that her daughter saw one train coming, and moved out of the way. She did not realize in doing so, she moved in front of another train coming from the opposite direction.
"I'm very hurt about the situation because she was so young, but this is what she wanted. She wanted, to become a model," said Stephenson.

Monday evening, friends of the teen gathered for a vigil next to the tracks where Thompson was hit. She would have turned 20 years old.

The investigation into the accident is ongoing. Authorities will examine the onboard video from the train that hit Thompson as part of the process. Thompson's mother worries that the stilettos her daughter was wearing may have slowed her efforts to run away from the oncoming train.