Monkeypox cases in other states also linked to International Mr. Leather conference held in Chicago from May 26-30
WLS
By ABC7 Chicago Digital Team 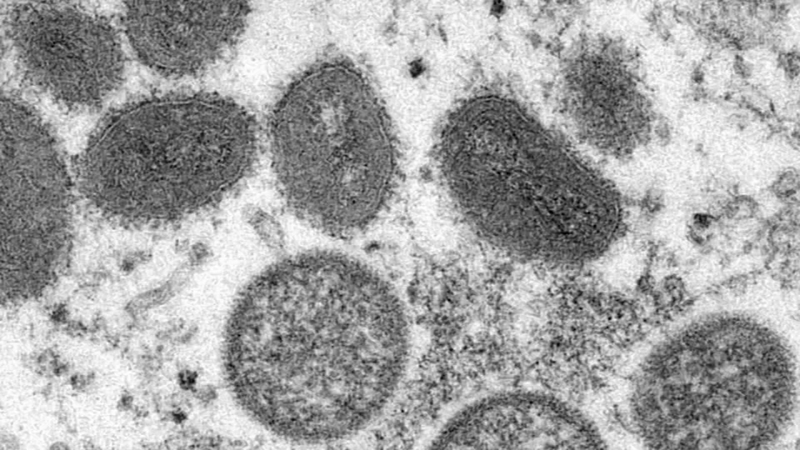 CHICAGO (WLS) -- Public health officials have identified five new confirmed cases of monkeypox in Chicago residents, bringing the total to seven, according to a press release from the Chicago Dept. of Public Health.

CDPH said some of the recent cases involve individuals who recently traveled to Europe. One Chicago resident also reported attending the International Mr. Leather (IML) conference in Chicago from May 26 to30.

CDPH officials said residents from another state who were diagnosed with monkeypox also reported attending the same conference.

Chicago public health officials said they have contacted other public health departments around the country to request notification of any additional cases in people who visited Chicago from May 26 to 30.

CDPH said individuals attending festivals or other summer events should consider how much close, personal, skin-to-skin contact is likely to occur at the events they plan to attend.

Chicago and Illinois public health officials confirmed the first probable case of monkeypox in the state in early June in an adult male Chicago resident who recently traveled to Europe.

"Chicago being a very large international hub for travel," said Dr. Irfan Hafiz, chief medical officer for Northwestern Medicine Northwest Region. "It was inevitable that we would see a case or two, possibly more, in Chicago."

Unlike COVID-19, which is a new virus, monkeypox has been around since the 1950s and the majority of cases come from central and west Africa.

Symptoms include rashes, sores and lesions that often look severe, as well as fever and muscle aches.

"You're not gonna get if from walking past someone or seeing them on a bus," Segreti said. "You have to have very close contact with someone."

Public health officials say there is very little to no risk to those who have not been in close physical contact with a monkeypox patient.

Most monkeypox patients experience only fever, body aches, chills and fatigue. People with more serious illness may develop a rash and lesions on the face and hands that can spread to other parts of the body. No deaths have been reported in the current outbreak beyond Africa.