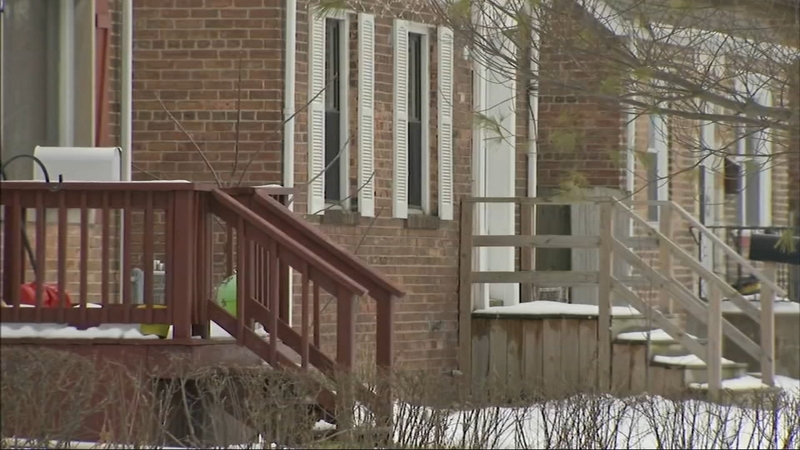 HAMMOND, Ind. (WLS) -- Hammond police are investigating two home invasions in the early hours of Monday morning, and said they are looking to see if they're linked to several previous home invasions since the beginning of the year.

Hammond police said at about midnight Monday, they responded to a home in the 2200-block of 167th Street for a reported home invasion. The victims told police they awoke to a black male standing in their bedroom, looking around with a flashlight.

"Put your hands up. Don't look at me. And where's the money at?" the victim said the man told him.

The victim, a husband and father, asked to remain anonymous and have his identity concealed. He said he awoke to the stranger at the foot of his bed while his wife and 2-year-old son were asleep beside him.

"Like, I felt like I should try to do something. That's my family," he said. "But I didn't want to risk him doing something else if he had a gun, I don't know."

Police said the burglar got in through an unlocked window. He is described as a thin black male, about 5 ft. 10 in. tall, wearing dark pants, a gray hoodie sweatshirt, gloves and had a thin mustache.

About an hour later, police received another call of a similar-looking man fleeing from a home in the 6400-block of Tennessee Avenue. The victim there told officers she awoke to find her door open and money missing from her wallet. She saw a black male running from her home.

The suspect matches the description of a serial thief wanted for at least four previous break-ins, most through an unlocked window.

One of the previous victims, Breanna Holden, described her terrifying ordeal.

"I open my eyes, and immediately this man turns around and points a gun at me and tells me to be quiet and to scoot away from my boyfriend, push my phone away to make sure I'm not disturbing anything and to face the wall," she said.

"Terrible," said the latest victim. "I'm just disgusted, like in my stomach I can feel it. It's just, somebody was in my house."

In the 167th Street robbery, the thief stole jewelry and a pair of handguns, and seemed pretty unconcerned about getting caught.

"He was pretty confident," the victim said. "I think my stepdaughter even said at one point he said, 'I know what I'm doing. I'm good at what I do,' or something like that."