Prosecutors said she also attempted to drown her other son the day before
By Mary Jo Ola, WTMJ 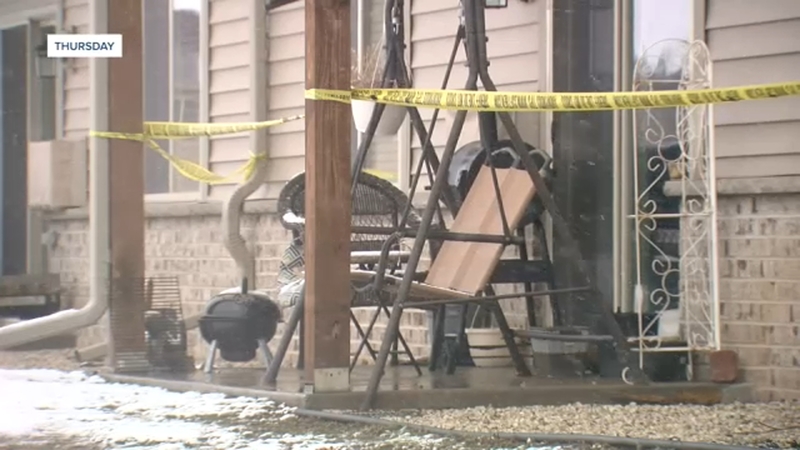 SHEBOYGAN FALLS, Wis. -- A Wisconsin mother is facing charges for allegedly strangling her 8-year-old son to death and attempting to kill her 11-year-old son last month, according to prosecutors.

"I told you, I told you we need to leave this apartment," Hitchcock said in court.

She spoke directly to her husband of 15 years as his brother tried to comfort him.

Investigators said Hitchcock strangled and killed her 8-year-old son Oliver and tried to drown her other son, WTMJ reported.

The boy's father called 911 and attempted to save his life, police said.

Police believe the boy was strangled at the Plank Trail Apartments, where he lived.

He was taken to the hospital, where the young boy died from his injuries on Friday. Family was with Oliver when he died at Children's Wisconsin.

"We know that the staff from Sheboygan Falls first responders, the police department, Orange cross ambulance, St. Nicholas Hospital and Children's Hospital Wisconsin did everything they could to save his life," Sheboygan Falls Police Chief Eric Miller said last week.

The mother was also taken to the hospital after the assault with self-inflicted wounds, police said.

Sheboygan Falls Police say an 8-year-old boy has died from domestic violence and his mother is under arrest.

According to a criminal complaint, Hitchcock's husband told police his mother-in-law lives in Russia and that he worried about Hitchcock's mental state as she watched coverage of the war between Russia and Ukraine.

The complaint states the day before Oliver was hurt, Hitchcock's older son said she tried to hold him down under water in the bathtub.

Law enforcement noted that Hitchcock told them she had not been sleeping well for several days and began to have thoughts the Russian government was going to take her children and abuse them, and that her husband was trying to sell her and the boys to the dark web.

"There is an issue of competency in this case. Prior to this, the defendant had no prior record in the criminal justice system," said defense attorney Zachary Derksen.

His mother is now charged with intentional homicide and attempted homicide, for an unspecified attack on her other son.

"I'm so sorry. I don't know what happened," Hitchcock said as she was escorted out of the courtroom.