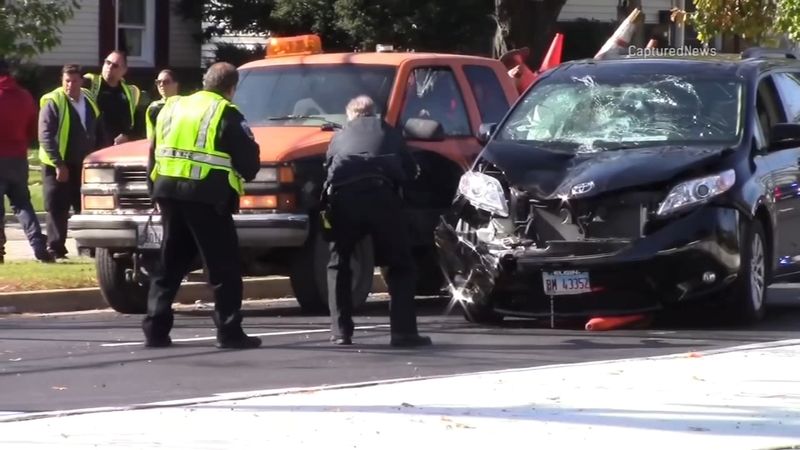 MOUNT PROSPECT, Ill. (WLS) -- An Illinois Department of Transportation contractor is dead after he was struck by a vehicle while working on the side of the road Sunday. A second worker is hospitalized.

A driver ran over cones that were in place to close the lane of eastbound Golf Road. They were supposed to make it safe for the landscaping crew contracted by IDOT to do their work, but it didn't stop the driver of a minivan from crashing into a sign and hitting two workers.

The medical examiner's office has identified 67-year-old Roberto Orozco as the victim killed in the crash. The other victim was taken to a nearby hospital.

McConchie is part of the governor's "Move Over Task Force," which is looking at ways to prevent drivers from hitting first responders and others on the sides of roads. It's become a huge problem this year.

"More Illinois troopers have been hit this year than ever before," said Beth Kaveny, a member of the task force.

Kaveny said the troopers are in addition to the first responders, IDOT workers and others who have been hit by distracted drivers.

Scott's Law increased the penalties for drivers who hit someone in a construction zone or other area where workers are clearly identified. Many of these incidents are caused by drivers trying to multitask with cellphones while behind the wheel.

"One life is too many," McConchie said.