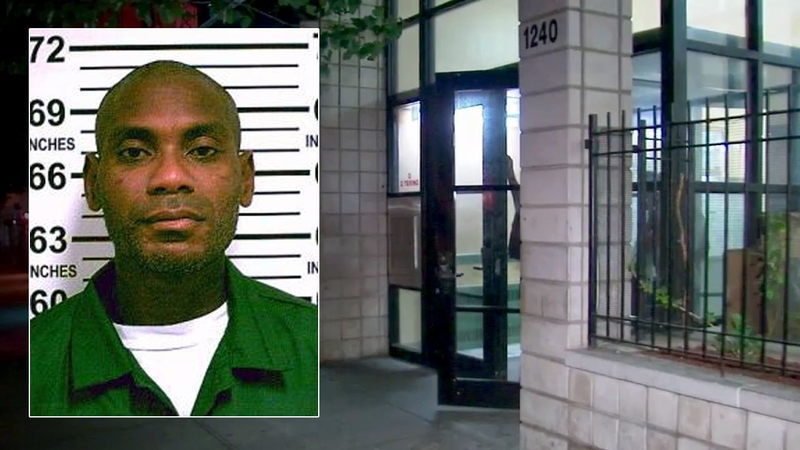 NEW YORK -- A husband has been charged after police said he killed a man who was trying to rape his wife in their Bronx apartment building.

Police said a woman was returning to her Washington Avenue apartment around 10:15 p.m. Monday.

According to the New York City Police Department, a man illegally entered the building, approached the woman and hit her, causing bruises to her forehead before removing her clothes, police said.

The woman was able to break free and call her husband, who was outside the building, on her cell phone. He rushed inside.

The husband, police said, confronted the suspect on the sixth floor and assaulted him. The suspect, identified as Earl Nash, 43, of the Bronx, was taken in critical condition with trauma to his head and body to Lincoln Hospital where he was later pronounced dead.

The husband, identified as Mamadou Diallo, was taken into custody and charged with manslaughter.

Nash has served five years behind bars for a 2006 conviction for selling drugs and bribery. He was released in February 2011, returned the next April, and then was released July 2015.