Police: Husband, wife dead in murder-suicide outside church on West Side 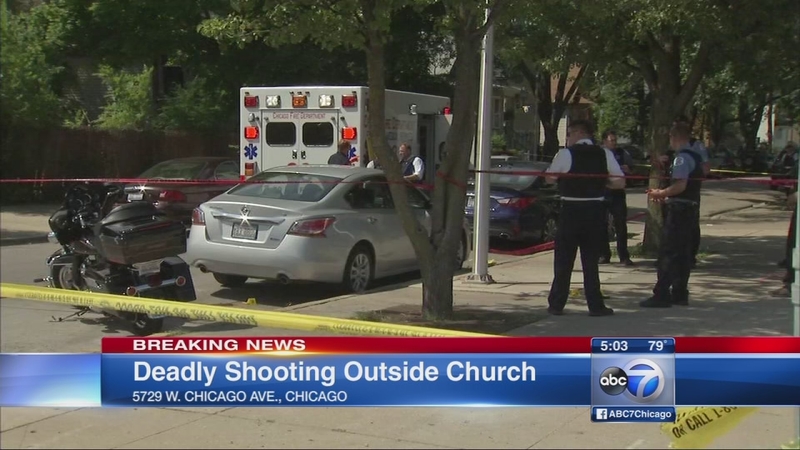 Shooting outside church in Austin

CHICAGO (WLS) -- A 39-year-old man fatally shot his wife, then killed himself Sunday afternoon outside a church in the city's Austin neighborhood, police said.

The incident occurred at about 2 p.m. in the 5700-block of West Chicago Avenue across the street from Second Mt. Olive Baptist Church.

Witnesses said the woman's husband was waiting for her in the parking lot with a gun. The wife was identified as Trinyce L. Sanders-Wilson, 36, of west suburban Broadview, according to the Cook County Medical Examiner's Office.

Morning services were just finishing up when the shooting occurred.

Witness Andrew Davis said he heard one shot, then saw the woman fall to the ground. The man then shot the woman two more times, Davis said.

"God does not give us advanced warning about how he's going to allow things to happen in our lives," said Rev. Kenneth Giles, of Second Mt. Olive Baptist Church. "We have to trust him and the word of God that says we walk by faith and not by sight."

Both the wife and husband were longtime members of the church, but the husband did not attend services on Sunday.