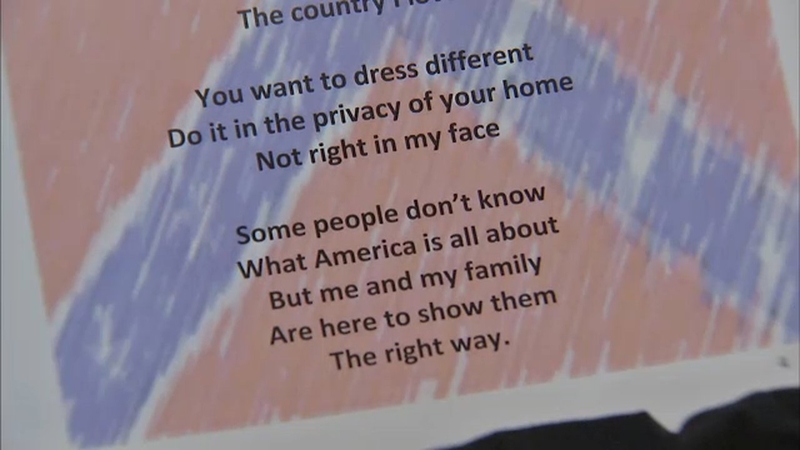 A piece of art by George Miller, titled "Hijab means Jihad," was posted in the display and featured a poem that some believe condoned violence against Muslim women.

"It wasn't meant to be incendiary," Miller said.

Miller, who chairs the Lewis University Philosophy Department, said he has taught tolerance his whole career. "Hijab means Jihad," a poem printed over an image of the Confederate flag, was labeled in the exhibit as satire.

"It is an issue of free speech," said library patron Joshua Ramsey. "But I didn't like what it had to say."

The Council on American Islamic Relations also took issue with the work.

In his statement, Irvin said "the title alone promoted assault against women underscored by verses which blatantly disrespected an entire faith community. This shouldn't be tolerated anywhere, and it certainly isn't tolerated in Aurora."

According to the president of the Aurora Public Library Board, the display was removed Sunday.

In a statement, the board president said, "When I read the words in that display, my heart ached. I was disgusted by the language and saddened by the fact that every person who read it could believe this was condoned by the Aurora Public Library."