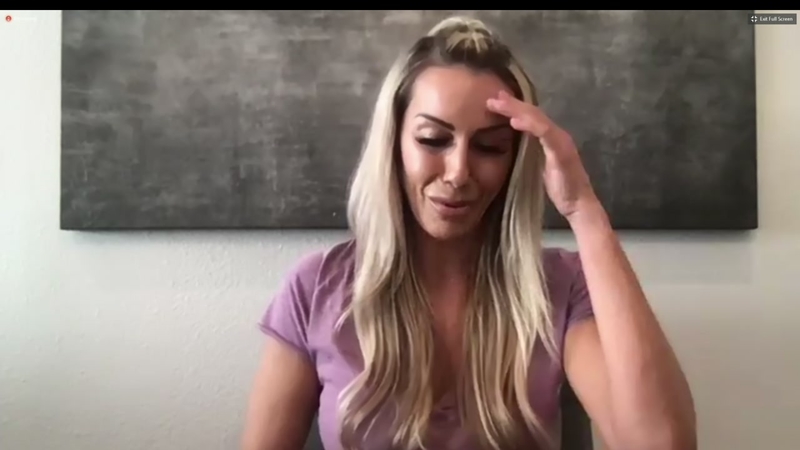 Erica Kious fought back tears as she read from a statement saying Pelosi should be the one to apologize to Americans for her actions earlier this week.

Kious released video of Pelosi in her Cow Hollow salon on Monday, getting her hair done. Indoor salon services are against San Francisco's health orders. In the clip, Pelosi is not wearing a mask.

"It's a nickel that everyone has an opinion on." ABC7 News contributor and San Francisco Chronicle insider Phil Matier discusses the controversy over Nancy Pelosi's visit to a San Francisco hair salon and what it means for politicians and struggling business owners.

"Hairstylists and other small business owners in San Francisco and elsewhere are doing what they need to do to survive," said Kious. "The point of releasing this video was to show a woman in a high-risk age group who spends much of her time on TV warning about the dangers of COVID-19, feel safe and comfortable in a San Francisco salon, and can be responsible for being cautious and mindful. Why can't the rest of San Francisco and the rest of America do that too?"

Kious said Jonathan DeNardo, who rents a chair from her, made an appointment with Pelosi and that she didn't know about it until Sunday night, when DeNardo texted and called her.

In statements, DeNardo's attorney confirms claims of a set-up and says Kious has been "almost forcing stylists" to work at the salon during the closure.

The attorney also says DeNardo told him he and all stylists at the salon have all quit and removed their belongings as of Wednesday evening. "We have no further comment at this time, as Mr. DeNardo has been receiving rather steady death threats, as has this office. He stands by his comments but, again, has nothing further to add at this time," he said.

Meanwhile in Washington, White House Press Secretary Kayleigh McEnany played video of Pelosi's hair appointment and President Trump Tweeted: "Crazy Nancy Pelosi said she was 'set up' by the beauty parlor owner when she improperly had the salon opened and didn't wear a MASK! Does anyone want a Speaker of the House who can be so easily SET UP?"

Crazy Nancy Pelosi said she was “set up” by the beauty parlor owner when she improperly had the salon opened (and didn’t wear a MASK!). Does anyone want a Speaker of the House who can be so easily SET UP?

Thursday evening, DeNardo's lawyer sent ABC7 an email that says DeNardo and all stylists at the salon have quit and removed their belongings.