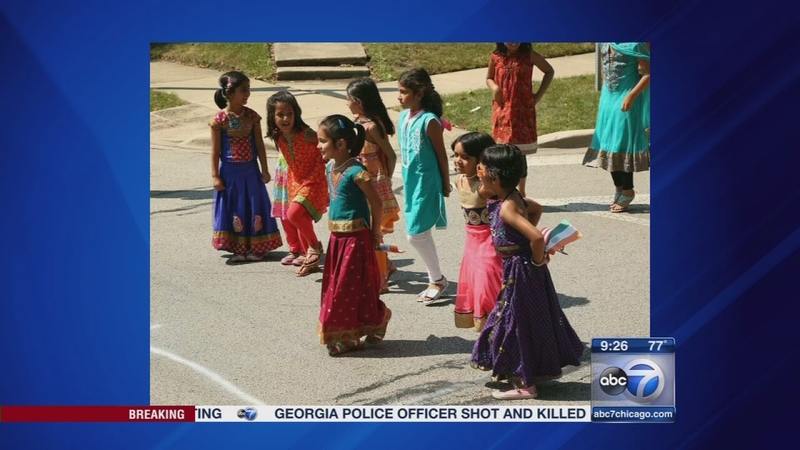 NAPERVILLE, Ill. -- Naperville will look a lot like New Dehli on August 14, 2016, during the 2nd Annual India Day Parade, Celebration and Concert. The Naperville Community Outreach, City of Naperville, and Indian Consulate General are hosting the fun-filled, family-friendly and free event to mark the 70th anniversary of India's independence. Thousands are expected to participate in the fun. The parade may be seen as a symbol of the rapid growth of the Indian American community in the Chicago suburbs. From 1990 to 2010, Indian-Americans became the largest Asian ethnic group in Illinois, according to data from the last census. Naperville is home to 15,000 Indian-Americans, making it the suburb with the largest community outside of Chicago.

Bollywood celebrity Sunidhi Chauhan is the Grand Marshal for the India Day Parade; which showcases India's rich and diverse culture. The parade will be followed by a performances from Sunidhi Chauhan and several local groups, in a first-of-its-kind concert for an India Day in the United States. Several dignitaries were invited and are attending: including Governor Bruce Rauner, Senators, Congressmen, state and local elected representatives and prominent leaders of the Naperville community. Naperville Indian Community Outreach Chairman, Krishna Bansal, and Board Member, Chirag Jani, joined ABC 7 live from Naperville to talk about all the fun.