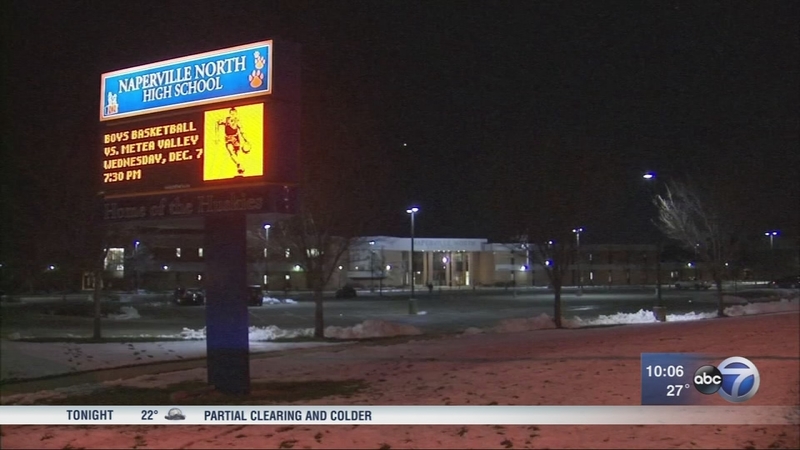 "A lot of people told me there were kids going to the hospital on stretchers and everyone was really sick from the gummy bears," said Lily, a NNHS student.

As a precaution, officials said 13 teens experienced varying degrees of discomfort were transported to Edward Hospital. As of Tuesday afternoon, 11 students remain hospitalized in "stable" condition. Two were treated and released.

"We can confirmed 13 are being treated as a result of consuming gummy bears that may contain another substance. This candy made the students both uncomfortable and sick," said Dan Bridges, superintendent of School District 203.

Naperville Police Cmdr. Jason Arres said students told police they believed the candy was laced with some sort of "liquid-based marijuana substance," but police said testing is being done to confirm exactly what was in them.

Police said a 17-year-old student was taken into custody for his involvement in the incident, but was released without charges pending further investigation. Investigators are continuing to look into how the gummy bears were distributed.

Police said they believe the students ate the gummy bears voluntarily, but are not sure if they knew about the substance that may have been in the candy.

The school said it is reviewing the details of the situation and plans to "address it appropriately."

Students said the gummy bears were eaten between periods, but it is not clear if they knew what they were ingesting. Inside the high school, word spread fast. Even students out on a field trip heard what was happening.

"Social media and text messages is where it broke out, so it was pretty fast," said student Chris Kohley.