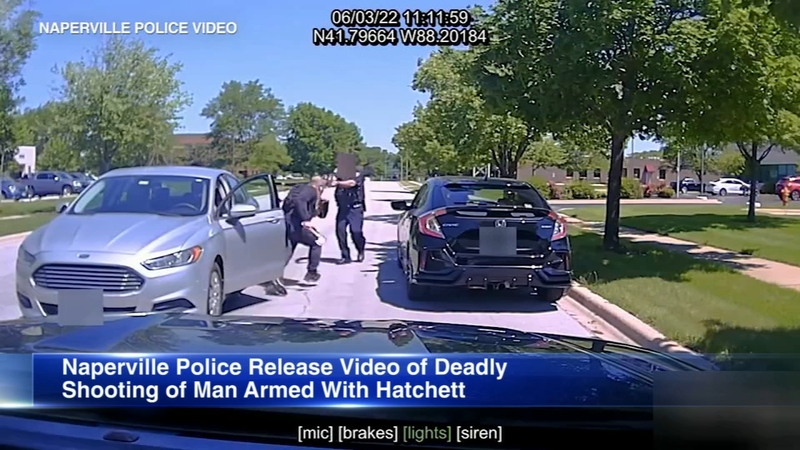 NAPERVILLE, Ill. (WLS) -- Naperville police released video Tuesday showing an officer shoot a man, who ran at him with a hatchet.

The shooting occurred on June 3 during a traffic stop, near Bond and McDowell.

The video shows another car pulled up, and a man got out and immediately charged at the officer with a hatchet in his hand. The officer then opened fire.

The man, identified as 28-year-old Edward Samaan, died at a hospital. The officer was not hurt.

Chopper 7HD was over the scene after Naperville police shot and killed a man who allegedly tried to attack an officer with a hatchet.