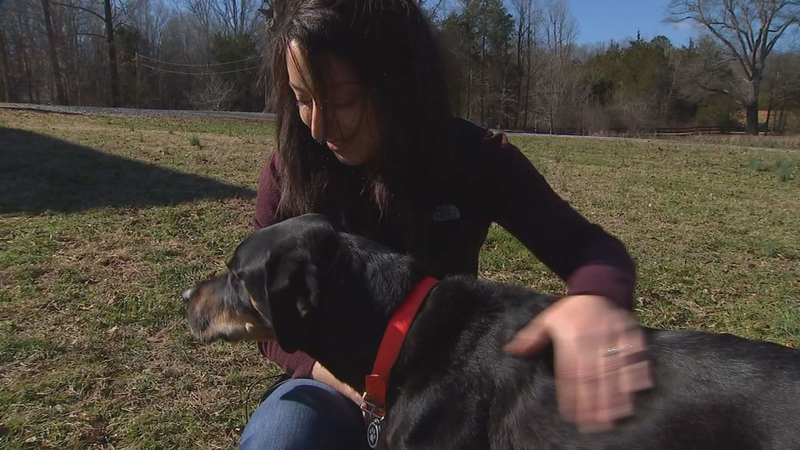 TIMBERLAKE, North Carolina -- Do you put pictures of your kids, pets, or adventures on social media? If you do, be careful as you never know who is watching.

Melina Efthimiadis along with her husband wanted to add personal umbrella liability insurance to their Nationwide homeowner's policy. She says they have been low risk clients so she didn't think it would be a problem. In the application process for Nationwide, Melina says they had to write down the number of dogs they owned and their breeds, which are Shih Tzu/ Yorkie, a Hound and Hound/Lab mix. Melina says they waited for approval, but instead got a cancellation letter from Nationwide. She says the reason, "We were being cancelled because we had an ineligible dog breed that we failed to disclose."

Nationwide claimed Melina had a potentially dangerous Rottweiler mix breed, which Nationwide considers that breed to be ineligible. Melina says she was told by Nationwide how they made that decision.

"They sent us the pictures that they had taken off of my Facebook page of my dog Zeus who is a lab/hound mix. In the picture, the dogs are running through the snow with their blankets on it just didn't seem that threatening to me," she said.

The pictures of Zeus that were posted to Facebook.

Melina called Nationwide to tell them they were wrong about Zeus' breed.

"They said that I would have to have a letter written by my veterinarian," she said.

That's not a problem for Melina as she actually is a veterinarian.

"Really, this is not something that can be proven just by looking at pictures," she added.

After confirming Zeus was not an ineligible breed, Nationwide rescinded the cancellation.

"Nationwide's policy is to contact the member and agent to gather more information if there is uncertainty about a dog breed selection on an insurance application. Unfortunately, that policy was not followed in this instance. We have taken steps to rectify the situation to ensure a better experience for future Nationwide applicants," a rep said.

Melina was happy Nationwide reversed their decision, but she did decide to go with another insurance company after this experience. She says this experience has also changed what she posts on social media.

"Be careful about what you post on Facebook. It's sad that you can't post pictures of your beloved pet on your own Facebook page and have it public but unfortunately I had to go and change some of my pictures just to feel more comfortable about it," she said.