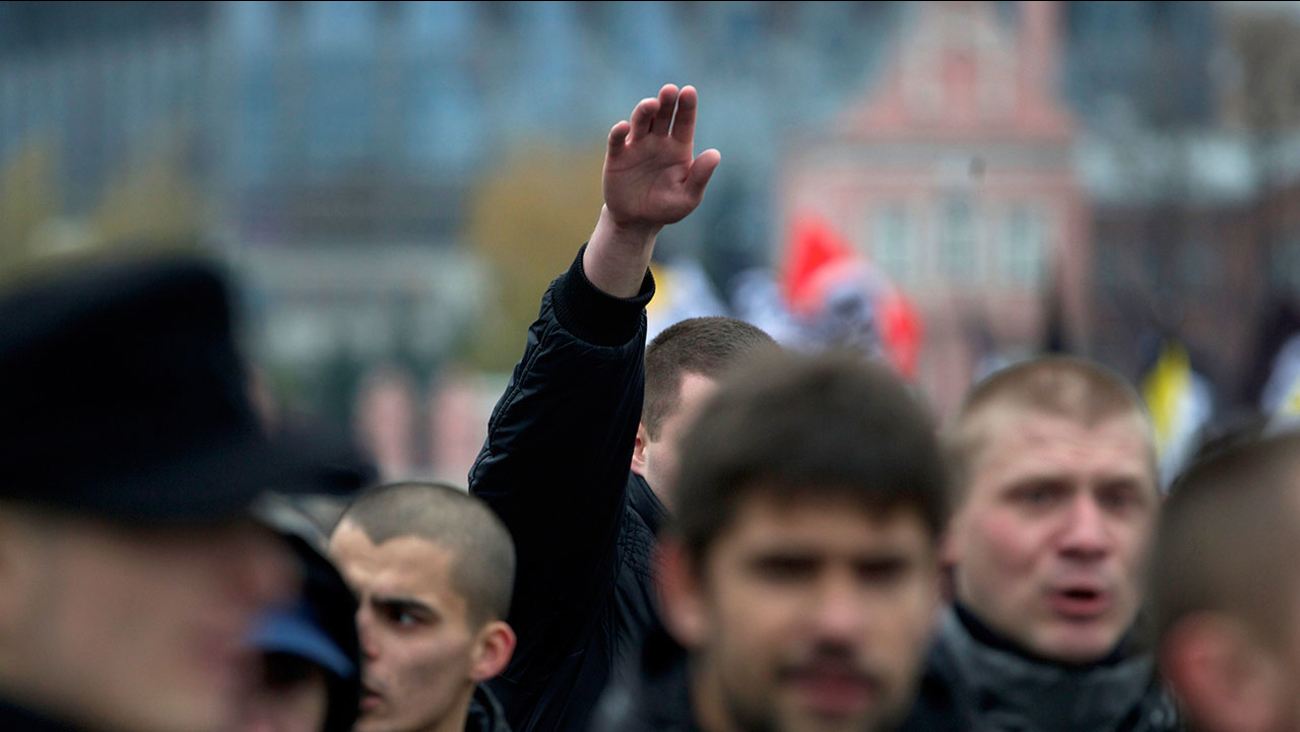 DRESDEN, Germany -- An American man suffered minor injuries in Dresden after being punched for making a Nazi salute while drunk in a bar, German police said Sunday.