VIDEO: 5 arrests after up to 1,000 juveniles cause disruption at mall 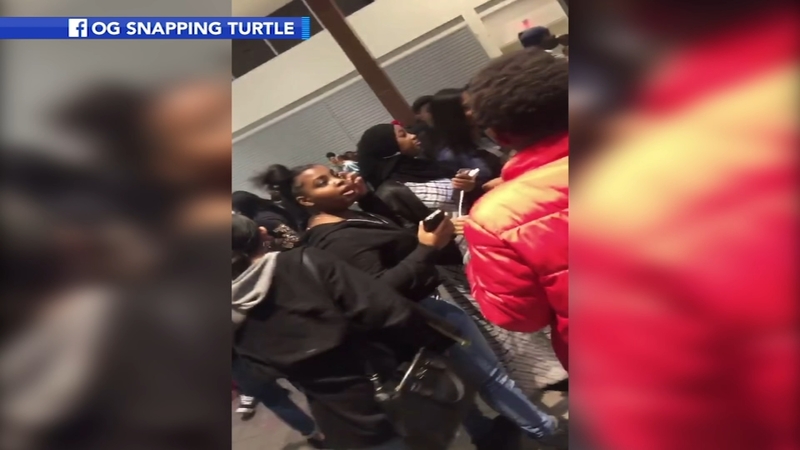 CHERRY HILL, N.J. -- Police say up to 1,000 juveniles were causing a disruption at the Cherry Hill Mall on Tuesday night leading to some arrests.

The incident began around 7:30 p.m. at the JC Penney entrance of the mall located on Route 38.

Arriving officers found approximately 700 to 1,000 unaccompanied juveniles at the mall.

"I was scared just because there were so many and they were unsupervised," said Daija Qualis. "It looked like a hostile situation."

Police said it began near the JCPenney wing but shoppers said it spread to the food court.

"They were shaking on the doors, kicking the doors," said Tyler Johnson. "The kids outnumbered the adults 10 to two. It was bad."

While dispersing the crowd, police made five arrests.

Four of those arrested were from Camden, New Jersey; the other was from Cherry Hill. They were arrested for charges ranging from disorderly conduct to resisting arrest.

Police say no injuries or property damage were reported.

Just last week, Cherry Hill police warned parents not to let kids wander on their own at the mall.