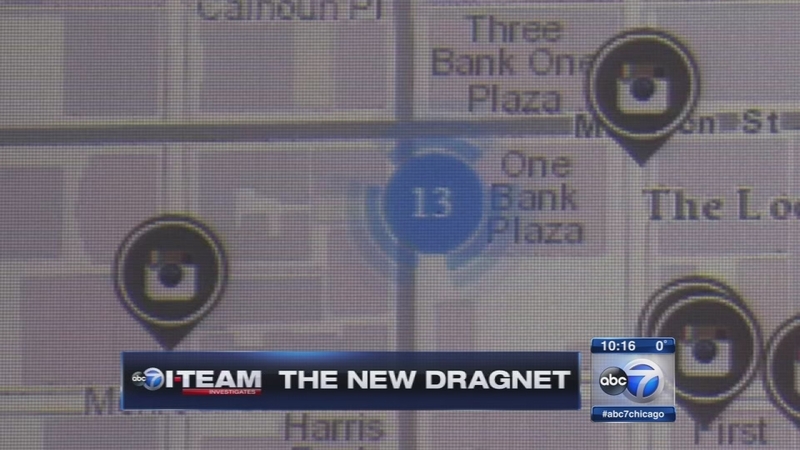 The New Dragnet has Chicago-area police harnessing social media to give officers a real-time look at what people are thinking, saying and doing. This new dragnet could be seeing your pictures as red flags and your tweets as threats.

In the nerve center of the Elgin Police Department's technical investigations unit, officers are able to use real time data to keep tabs on the city. But now, social media posts are becoming part of the law enforcement picture.

"I truly think the possibilities are endless, with the increase in social media it's only going to expand exponentially," said Sgt. Jim Bisceglie, Elgin Technical Investigations Unit.

This new tool, called the Intelligent Data Portal, aggregates public social media posts and plots them on a map.

While Elgin doesn't monitor the system around the clock, investigators can zero-in on an area or a specific time frame to uncover facts about a crime and find witnesses.

"Any time we have a major case, whether it be a shooting or a fight, we can sometimes then go to the IDP after the fact and look and see if people were saying things about that incident on social media to gather information for our detectives," Bisceglie said. "It could provide investigators with leads that were not being provided in other manners."

In Schaumburg, Motorola is developing smart public safety gear for first responders, such as the IDP.

Their system brings real-time data feeds into one place so that officers and dispatchers can monitor developing situations, including clues that pop up online.

Part of the IDP is a computer program called "Intrado Beware" - it's a threat-ranking system that uses public records. Elgin police say they don't use it but some departments do use what Motorola calls a "deep web search" to profile potential threats. Officers put in an address and the program runs a background check, spitting out a green, yellow or red ranking based on how dangerous a situation may be for an officer.

"So if an officer were to roll up on a scene and not know who's behind a door, he can punch in the address and actually find out through public records that information that's available, then it takes it a step further and actually based on public records, will actually take that information so you know what kind of person you're dealing with," Seick said. "Also, is he a bad guy, is he a good guy, this gives them additional intelligence, additional information to know who's behind the door before they go knocking on the door."

"It's very troubling that police are now using what you like on your social media accounts to predict that you will commit a crime," said Lori Andrews, a professor at IIT and Kent College of Law.

Privacy law experts are concerned that tools like this cause snap judgments, and could influence how police respond.

"We've become a nation of suspects," Andrews said. "The police aren't supposed to get these intimate looks into your life without a warrant, without reasonable suspicion, but they're sort of looking at everybody."

In a statement, Rebecca Bessette, vice president of administration at Intrado, said: "Beware is a tool built for public safety agencies to provide greater situational awareness for first responders during the short window of a 911 call. When a first responder receives a request for assistance during a 911 event, Beware surfaces commercially available, public information that may be relevant to that event. It does this in the form of a risk index, an indicator of the presence of additional information that may be relevant to the situation. Beware is one of many tools available to first responders to provide situation-specific information during a 911 response."