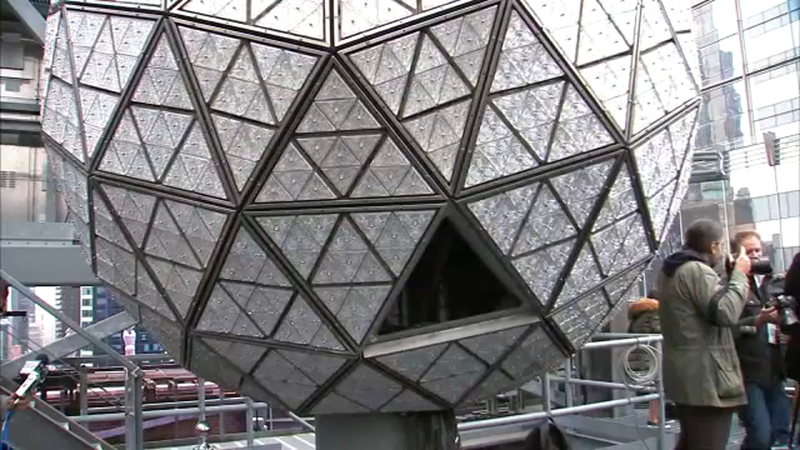 TIMES SQUARE -- Workers are putting the finishing touches on the New Year's Eve ball in Times Square on Sunday.

The ball is atop the roof of 1 Times Square on Broadway between 42nd and 43rd streets.

Crews are installing 192 new Waterford crystal triangles on the iconic ball that will drop at the stroke of midnight.

This year's design is entitled "Gift of Happiness" and weighs more than 11,000 pounds and is 12 feet in diameter.

J. Lo will headline "Dick Clark's New Year's Rockin' Eve" on ABC, performing in Times Square right before the ball drop that will usher in 2021.

Billy Porter, who will pull double duty as a host, is slated to reunite with Cyndi Lauper for a duet performance in New York. The two previously collaborated on the Broadway hit "Kinky Boots," for which Lauper wrote music. Machine Gun Kelly and Jimmie Allen will also perform in Times Square.

Times Square's '2021' numerals arrived in New York City on Monday morning after a coast-to-coast tour that started in California.