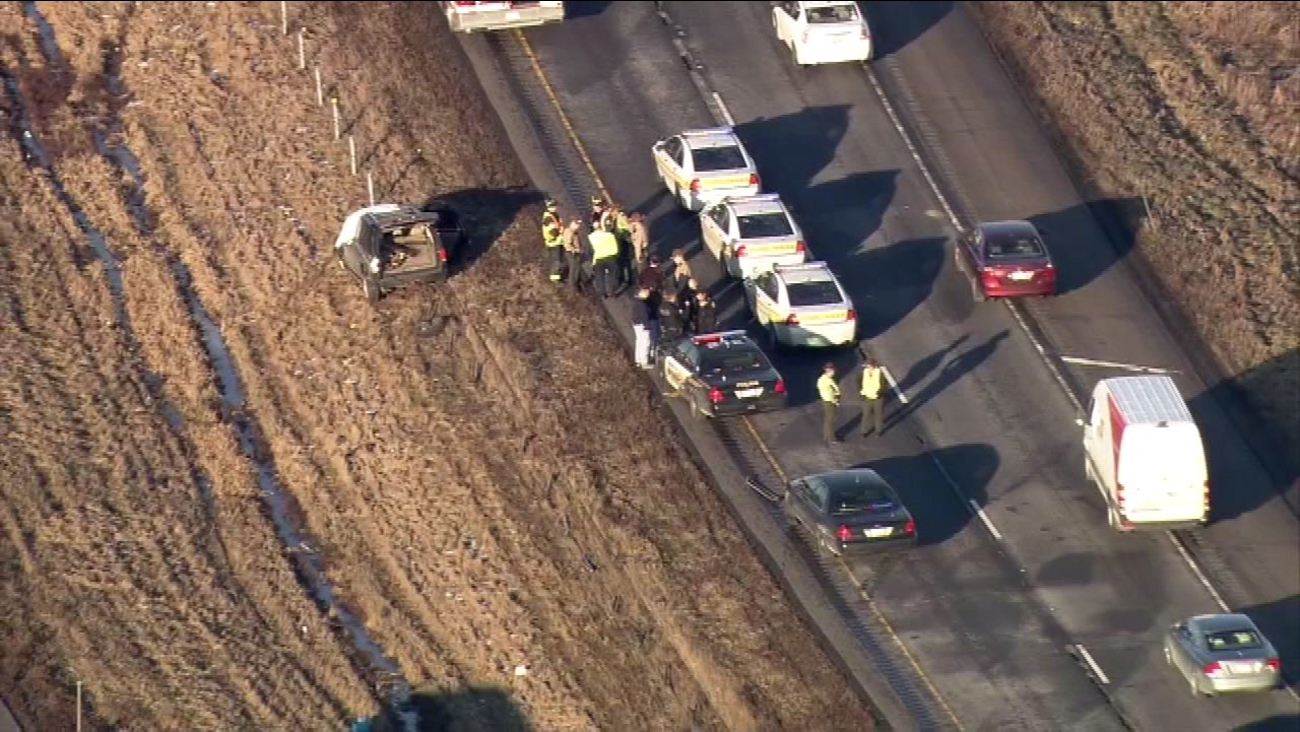 WLS
PEOTONE, Ill. (WLS) -- Lanes on I-57 near Peotone have reopened after a man suspected of fatally shooting the husband of his ex-wife in Bridgeview took his own life following a high-speed chase, police said.

Sergio Ramirez-Abeja, 43, allegedly fled the scene of the domestic incident in the 7400-block of Beloit Avenue in Bridgeview Thursday afternoon, leading police on a chase for about an hour from the Stevenson Expressway to southbound I-57. The chase ended near mile marker 329 in Peotone, where the vehicle crashed after making a u-turn northbound, police said.

The suspect died of a self-inflicted gunshot wound - investigators are unsure if this happened before or after the crash, police said.

Ramirez-Abeja has a conceal carry permit for his weapon. He was the biological father of an adult female teenager living in the home where the domestic incident occurred, police said. The victim of that shooting has been identified as 40-year-old Santiago Garcia-Mendoza.

Police are on-scene continuing to investigate.

The scene of the domestic incident in Bridgeview.