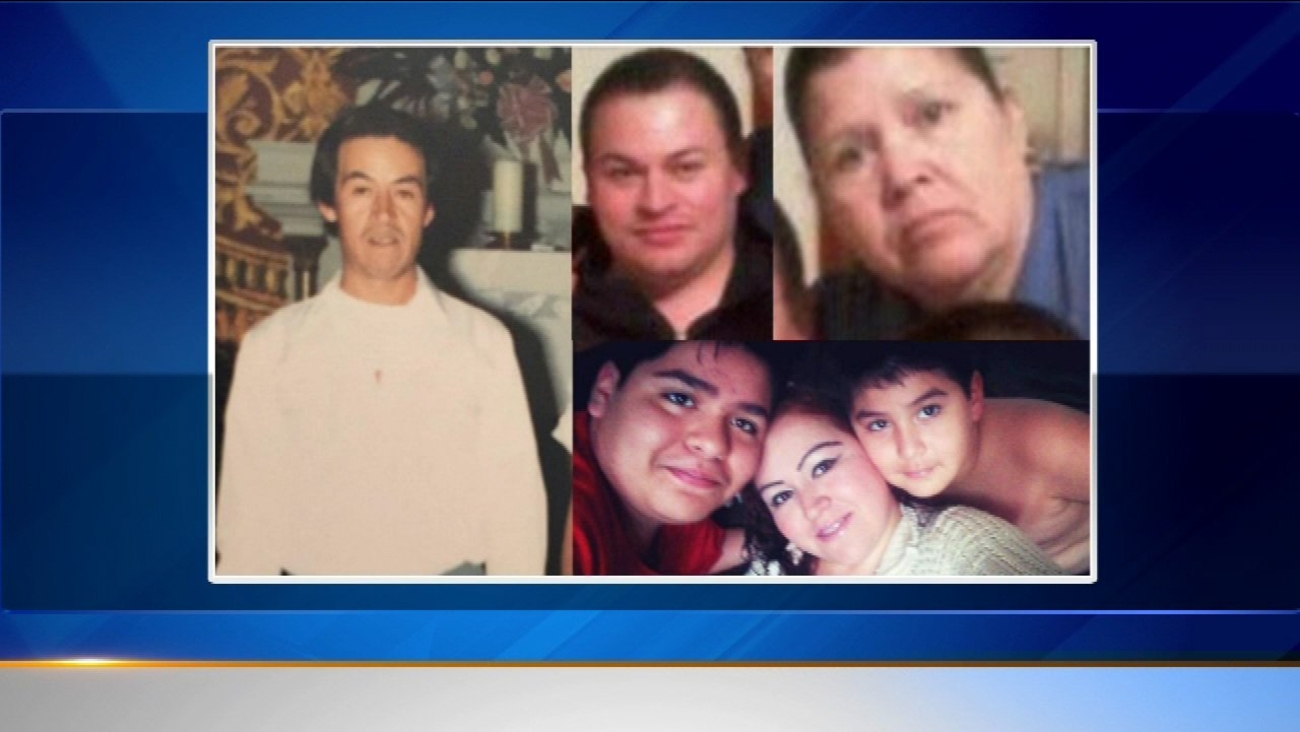 A relative identifies the victims as the Martinez family: a husband and wife in their 60s, their son, daughter, and the daughter's two children.

CHICAGO (WLS) -- The funeral for six members of family murdered in the Gage Park neighborhood will be held on Sunday.

The House of Branch funeral home is handling the arrangements.

Last week, police discovered the bodies of the Martinez/Cruz family in their home in the 5700-block of South California Avenue.

The father of the young children is slated to arrive in Chicago from Mexico either Tuesday or Wednesday.

Huge crowds gathered in front of the home over the weekend to pay their respects. Six white crosses were set up, one to represent each family member killed.