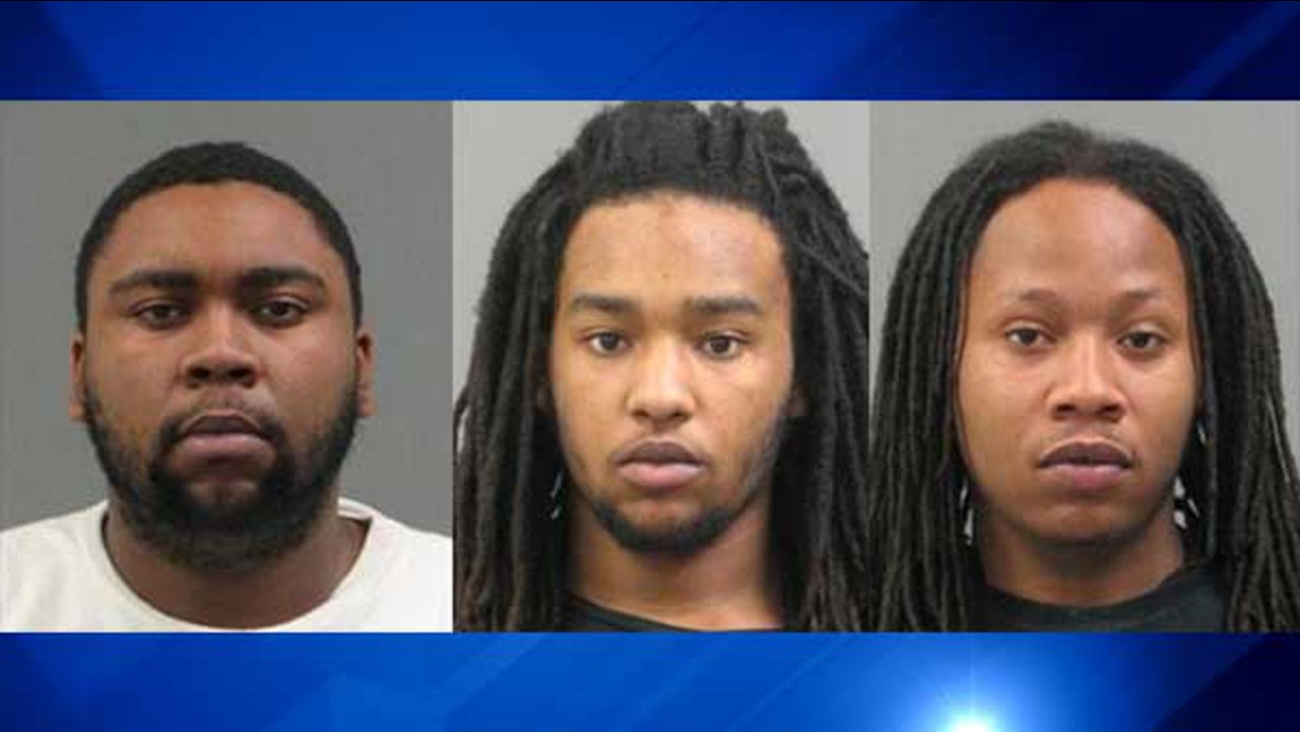 BARRINGTON, Ill. -- Three men have been charged with shooting two people with an AR-15 rifle after a party early Sunday in northwest suburban Barrington.

Officers responded at 3:09 a.m. to a call of a possible shooting in the area of Route 14 and Shorely Drive, police said.

Investigators learned that the suspects and two other people had been at a party together and were all driving home in two separate vehicles on Northwest Highway in Barrington, police said. The three suspects fired several rounds from an AR-15 rifle at the victims' car from their own moving vehicle.

The victims' car then left the roadway and crashed into a railroad gate, police said. They both suffered multiple gunshot wounds and were taken to the hospital, where one is listed in critical condition and the other has been treated and released.

Police said the reason for the fight remained under investigation Tuesday evening.