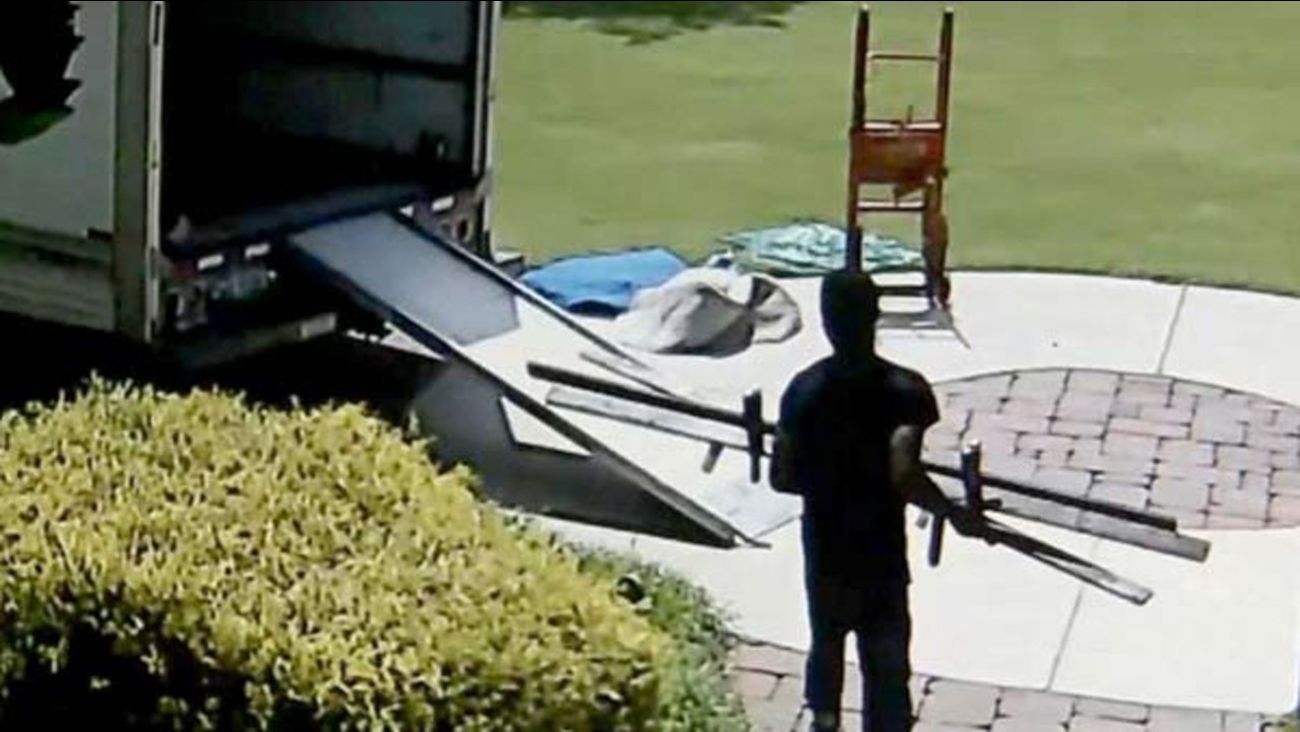 A family from Douglas County, Georgia, says that the movers they hired to ship their possessions on Friday disappeared, taking with them nearly everything they own. (WSB-TV/ABC News)

DOUGLAS COUNTY, Ga. -- A family from Douglas County, Georgia, says that the movers they hired to ship their possessions on Friday disappeared, taking with them nearly everything they own, ABC News is reporting.

"We built a life here, memories. We have items that are irreplaceable on that truck," the homeowner, who wishes to remain anonymous, told ABC News affiliate WSB-TV.

Lieutenant Glenn Daniel of the Douglas County Sheriff's Office confirmed to ABC News that they are investigating the incident as a theft, and said that Atlanta police recovered the U-Haul in a Southwest Atlanta neighborhood a few hours after it was reported missing, only to find a barren truck.

"They showed up and loaded the furnishings onto the truck and told the victims they'd meet them at their new residence," Daniel told ABC News. "But then they never showed up."

The victims say that their missing belongings are valued at approximately $75,000. The only items to have been recovered so far are "personal items," which were found in a box.

"If I don't get anything back, I want that box, because it has all of our social security, birth certificates in it. It has death records from my mom and son," the homeowner said. "Of course, I had iPads and phones that were gone, but all the birth certificates, and all the records that I really needed were in that box, including my Bible, thank God."

The family hired the moving company through Craigslist, according to Daniel. Craigslist did not immediately reply to a request for comment.

Scott Michael, president and CEO of the American Moving & Storage Association, told ABC News, "It's important to not to believe everything you see on the Internet." He advised that movers do research before hiring a company, "especially since you're hiring someone to take all your worldly possessions across town or cross country."

"You should get at least three, free written estimates," he said. "Avoid any that are too high or too low. Show the movers everything that needs to be moved, from the attic to the basement, and including any sheds, garages and storage areas. Stay away from any companies that require a large deposit or payment up front. Choose a mover with a physical location near you, and consider visiting their facility. Always ask questions if you don't understand something."

He added: "A reputable mover will want to make sure you get all the answers you need. Read all documents carefully, make sure you get a copy of everything you sign, and never sign any blank forms. Keep all personal papers, including birth certificates, with you, as well as your phone."