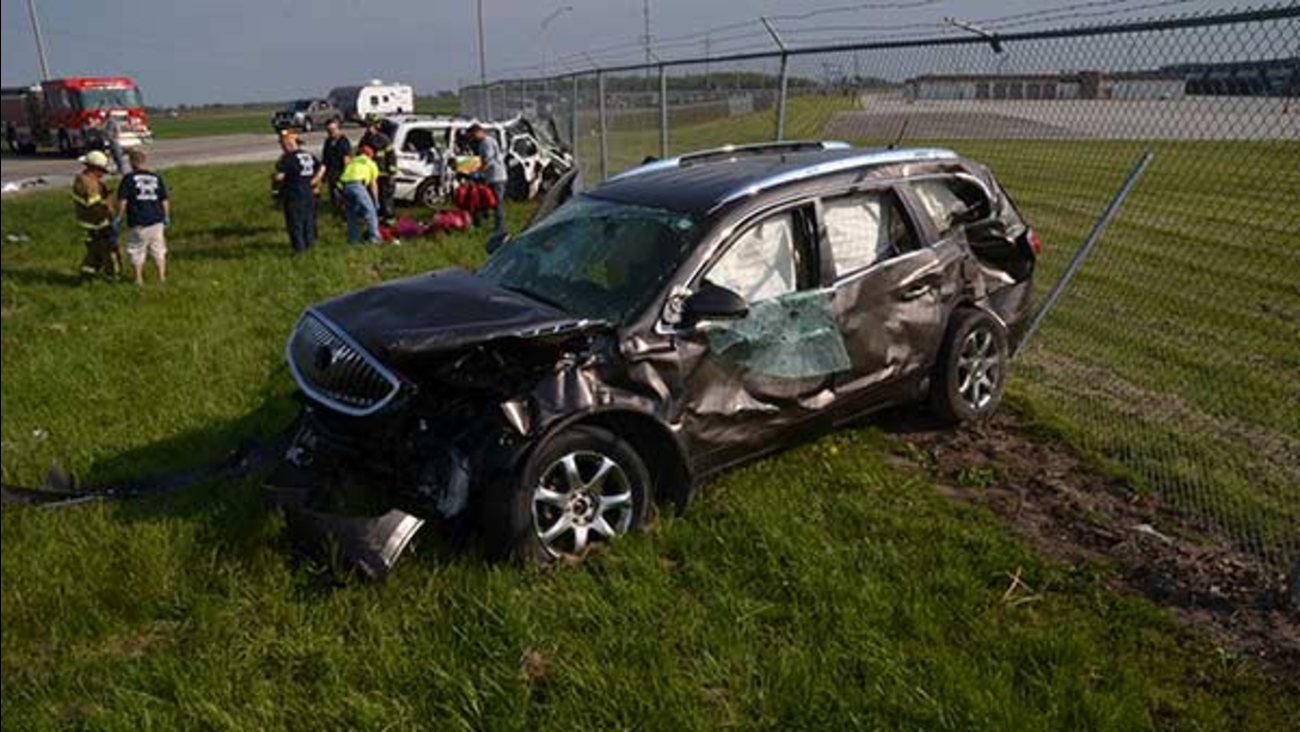 WLS
WESTVILLE, Ind. (WLS) -- The LaPorte County Sheriff's Office says nine people were seriously injured in a crash at the intersection of US Rte. 421 and Rte. 6 near Westville, Ind.

Officials said they believe a white Chevrolet minivan carrying four people was traveling west on US Rte. 6 and pulled in front of a brown Buick SUV carrying five people traveling south on Rte. 421.

Officers said they received a call about the crash around 4:30 p.m. A four-year-old child was transported by Med Flight helicopter to the University of Illinois in Chicago. A man who had been ejected from one of two cars involved in the crash was first rushed to Porter Hospital and then flown by medical helicopter to Loyola Hospital in Chicago.

The seven other injured people were taken to La Porte Hospital and St. Anthony's Hospital in Michigan City, Ind. All nine people were listed in serious to critical condition.