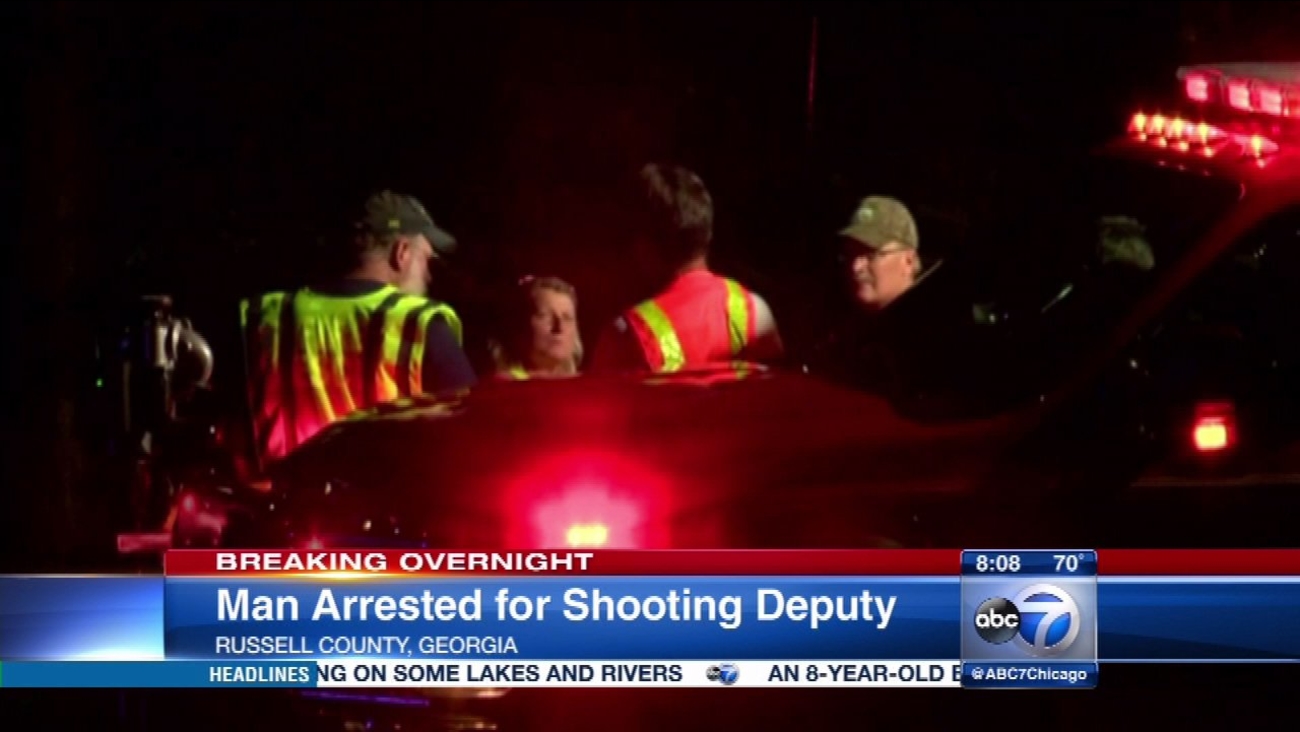 Police in Georgia arrested the man accused of shooting a sheriff's deputy in the face.

Police said 24-year-old Joe Lee Garrett turned himself in late Saturday night to the Phenix City Police investigator in Alabama and was transported to the Russell County Jail, just hours after shooting a deputy during a traffic stop. He is being charged with aggravated assault on a police officer, and is currently being held as a fugitive from justice in relation to the shooting.

No other arrests have been made and the case remains under investigation.

Police previously said three people were inside a 1994 blue Chevrolet Caprice on I-85 southbound, about 80 miles south of downtown Atlanta, when they were stopped by the deputy. It was not immediately known why the deputy stopped the car.

The deputy was hit above the left eye while walking up to the vehicle, Harris County Sheriff Mike Jolley said.

He was rushed to a hospital and is being treated. The condition of the unidentified deputy was not immediately known Saturday night.

Police were searching for the suspects, whose car was caught on the deputy's dash cam video.