Chicago among cities approved for direct flights to Cuba 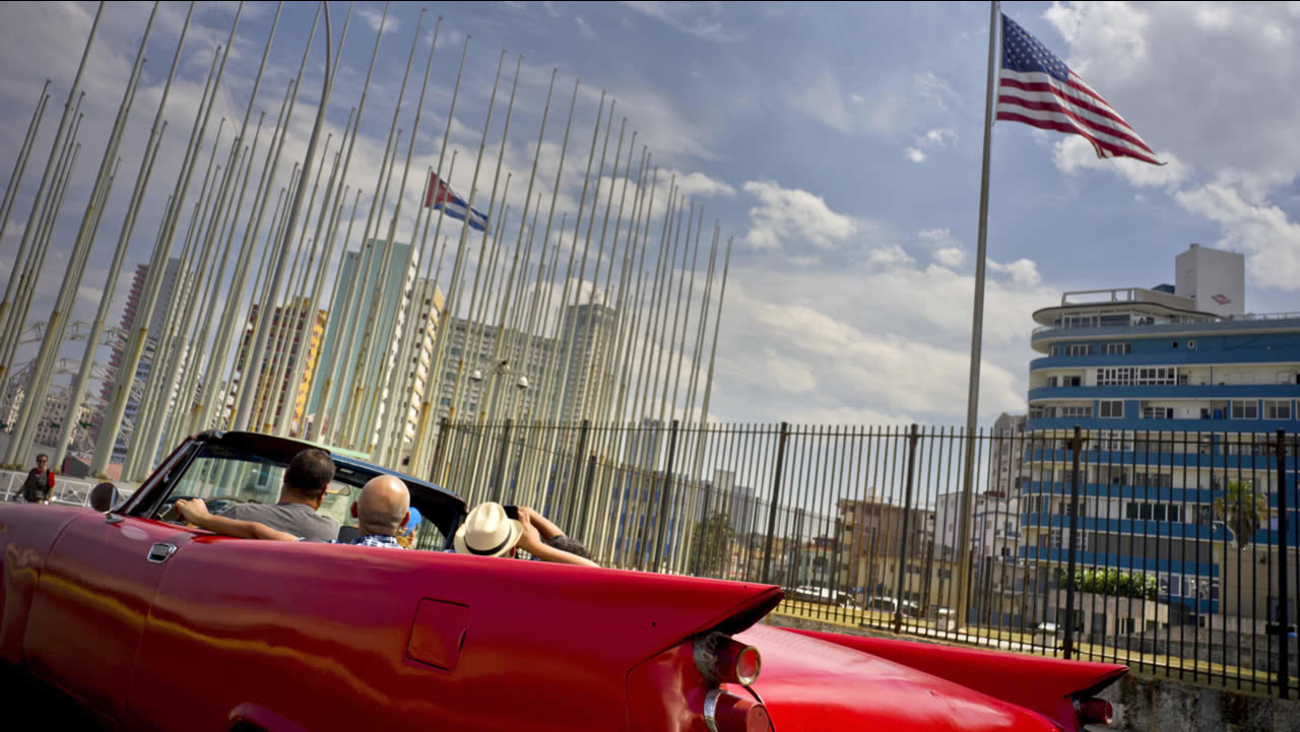 Tourists ride a vintage American convertible as they drive next to the American flag and a Cuban flag at the United States embassy in Havana, Cuba, Friday, March 18, 2016. (AP Photo/Ramon Espinosa)

WASHINGTON (WLS) -- The Department of Transportation officially approved several airlines and cities, including Chicago, to begin providing direct commercial flights to Cuba in 2016.

The agreement does not allow flights to operate in and out of Havana. According to the Department of Transportation, U.S. carriers have collectively requested nearly 60 flights per day to Havana which requires a second selection process. They will announce a decision on Havana routes later this summer.

Direct flights are expected to begin later in 2016.