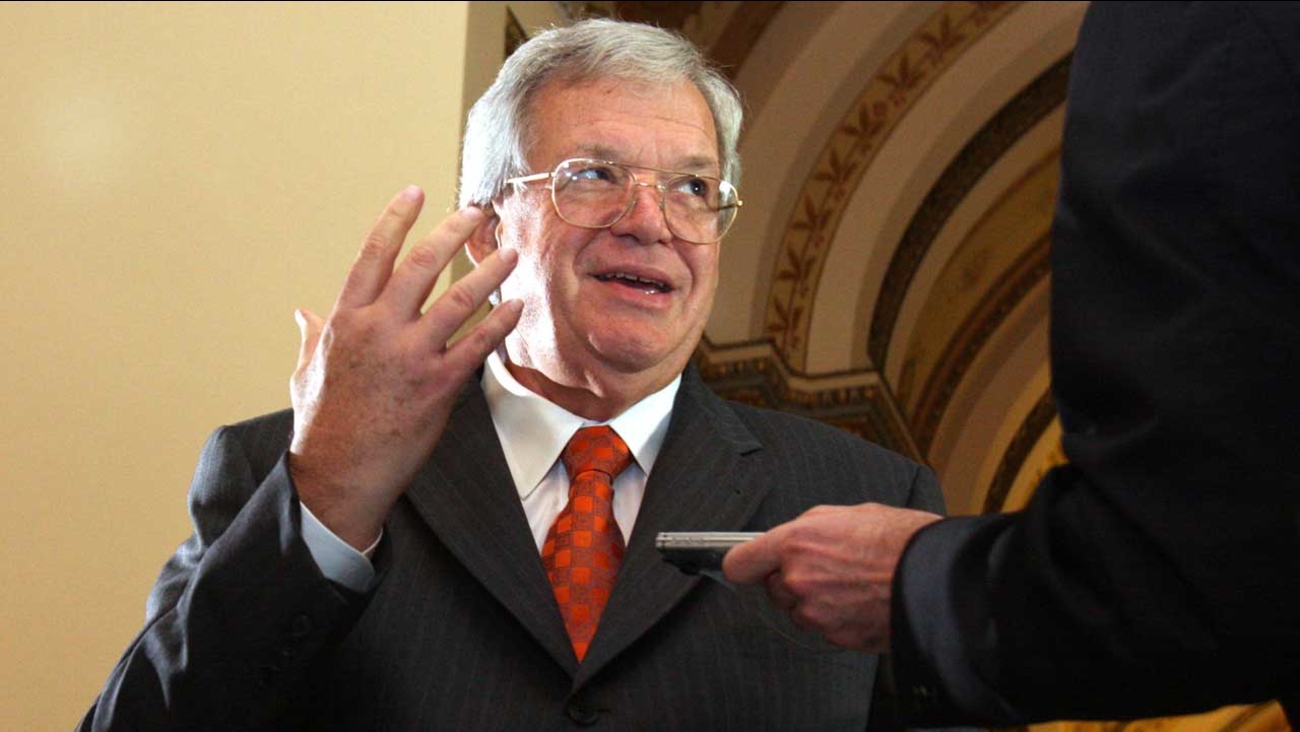 CHICAGO (WLS) -- The Illinois congressman who was two steps from the presidency, is now one step closer to federal prison in Minnesota.

Green, a veteran criminal defense attorney from Washington, DC with the firm Sidley Austin, confirms Hastert will report to the southern Minnesota prison by Wednesday afternoon.

Federal law enforcement sources told the I-Team of the prison assignment on Friday and attorney Green now confirms the information.

FMC Rochester is a federal prison that houses male inmates with long-tern medical conditions. Hastert suffers from a variety of health problems and had a stroke during the time prosecutors were pursuing a financial fraud and money laundering case against him.

The Illinois Republican who presided over the House of Representatives for eight years, pleaded guilty to charges he violated banking laws for hush-money paid to someone he sexually molested.

Hastert was sentenced in April in a hush-money case that covered-up accusations he sexually abused teenagers while coaching high school wrestling in Yorkville, Illinois.

The federal case ensures Hastert's place in the state's burgeoning Hall of Shame and makes him the highest-ranking U.S politician from Illinois ever sentenced to prison. The late U.S. Rep. Dan Rostenkowski of Chicago, once chairman of the House Ways and Means Committee, was the previous record-holder, having served prison time in a corruption case.

Providing Hastert's health holds up, he would celebrate his 75th birthday while in prison.

The designation of Rochester's federal prison hospital as Hastert's new quarters was not much of a surprise. Judge Thomas Durkin had recommended the ex-speaker serve his sentence there, and even discussed the assignment with the warden.

As with most molesters, prison is expected to be an uncomfortable and tense experience for Mr. Hastert. His sexual victims were teenage boys, who have endured lifetimes of shame and stress. Such convicts are usually not met with a red carpet to their cell.

At his sentencing Hastert to the judge "I am deeply ashamed to be standing here...I know why I am here ... I mistreated some of the athletes that I coached. They looked up to me, and I took advantage of them."

Authorities said Hastert abused at least four students throughout his years at Yorkville High School, a rural campus about 45 miles southwest of Chicago.

Despite the undercurrent of perversion and mistreatment, the heart of the case against Hastert was financial. He pleaded guilty last fall to violating banking law as he maneuvered a payment of $3.5 million to someone referred to in court papers only as Individual A to keep the sex abuse secret.

Hastert tried to mislead the FBI into believing he was the victim of an extortion by an ex-student. Neither investigators-nor eventually the judge-bought Hastert's story.

"Accusing Individual A of extortion was unconscionable," Judge Durkin said. "He was a victim (of abuse) decades ago and you tried to make him a victim again."

The maximum sentence for Hastert was five years, but he was asking for probation and the government wanted six months. Judge Durkin, incensed by the emerging sex abuse facts, lies and attempted cover-up, handed Hastert nearly three times the recommended sentence.

In addition to the prison term, the judge also ordered Hastert to undergo sex-offender treatment, spend two years on supervised release from prison and pay a $250,000 fine to a crime victims' fund.