Remembering the Orlando massace victims one week after the attacks 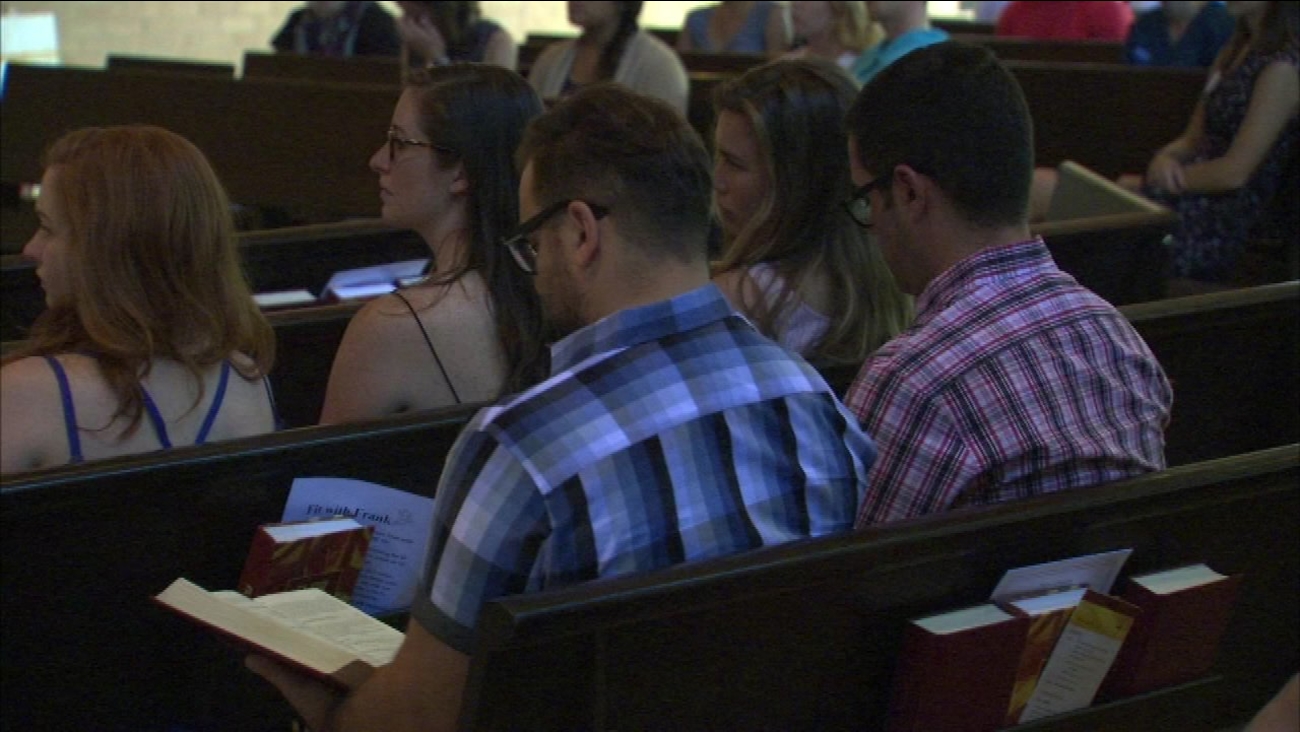 CHICAGO (WLS) -- Funerals for some of the victims of the Orlando shooting have already taken place and many of those injured in the shooting remain hospitalized. The pain that stretches from Orlando through Chicago is still raw and on Sunday night, services were held in both places.

One week later, the emotions run just as deep at a Catholic church in Lincoln Park. The senselessness of the Orlando nightclub shooting left many looking for answers and a place to find security.

"When the shooting happened I just wanted this community to make me feel that I am safe, that I am okay," Danny Cortese, a St. Teresa Parishioner, said.

Danny Gonzalez and Abelardo Gonzalez have been married for 15 years. Their church, St. Teresa of Avila, is putting rainbow ribbons up in a show of support for the Orlando victims.

"It makes a strong affirmation of the church that we belong to and we feel that's very powerful being a gay couple being able to be accepted in a catholic parish," Abelardo Gonzalez said.

Overnight Orlando church bells tolled 49 times for each of the victims of the shooting at the moment it started. And on Sunday, as many as 50,000 people gathered at a vigil to remember those killed.

They heard from speakers, sang and shared stories. Mostly they offered support to a community still in the early stages of recovery. And the pain extends far beyond Orlando.

"We have a large gay and lesbian community here at St. Therea's," Father Frank Latzko, said. "So I just wanted to do something to reach out to them. To show them that we as a community care for them."

"This specifically was just a great opportunity for our entire parish to come together and sort of unite and send a message to our community," Margaret Enright, a St. Theresa parishioner, said.

ABC News reported that the Orlando gunman, Omar Mateen, was suspended back in high school for celebrating the 9/11 attacks.

The network also reported that those who know Mateen's wife say she was a special education student who may have been incapable of assisting him or even understanding what he was planning.