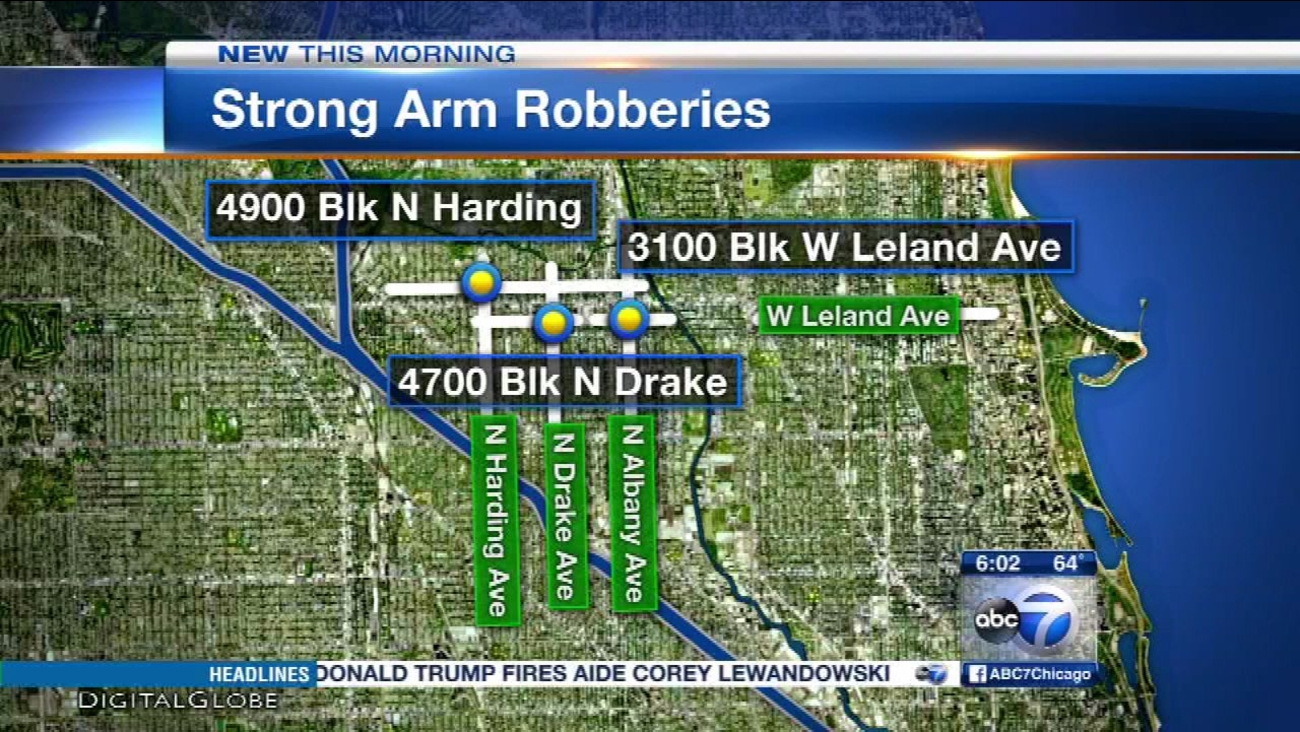 CHICAGO (WLS) -- Police are warning of a string of strong-arm robberies in Chicago's Albany Park neighborhood.

A community alert released by police said in each incident, a man approached the victim, mumbled something, rips a necklace or chain from the victim's neck and runs off.

Police described the suspect as a Caucasian man in his twenties or early thirties with short, brown hair. He is between 5 ft. 8 in. and 6 ft. tall and weighs around 200 pounds. He was wearing a white shirt and white shorts when the robberies occurred.

Anyone with information regarding the strong-arm robberies should contact Area North detectives at 312-744-8263.