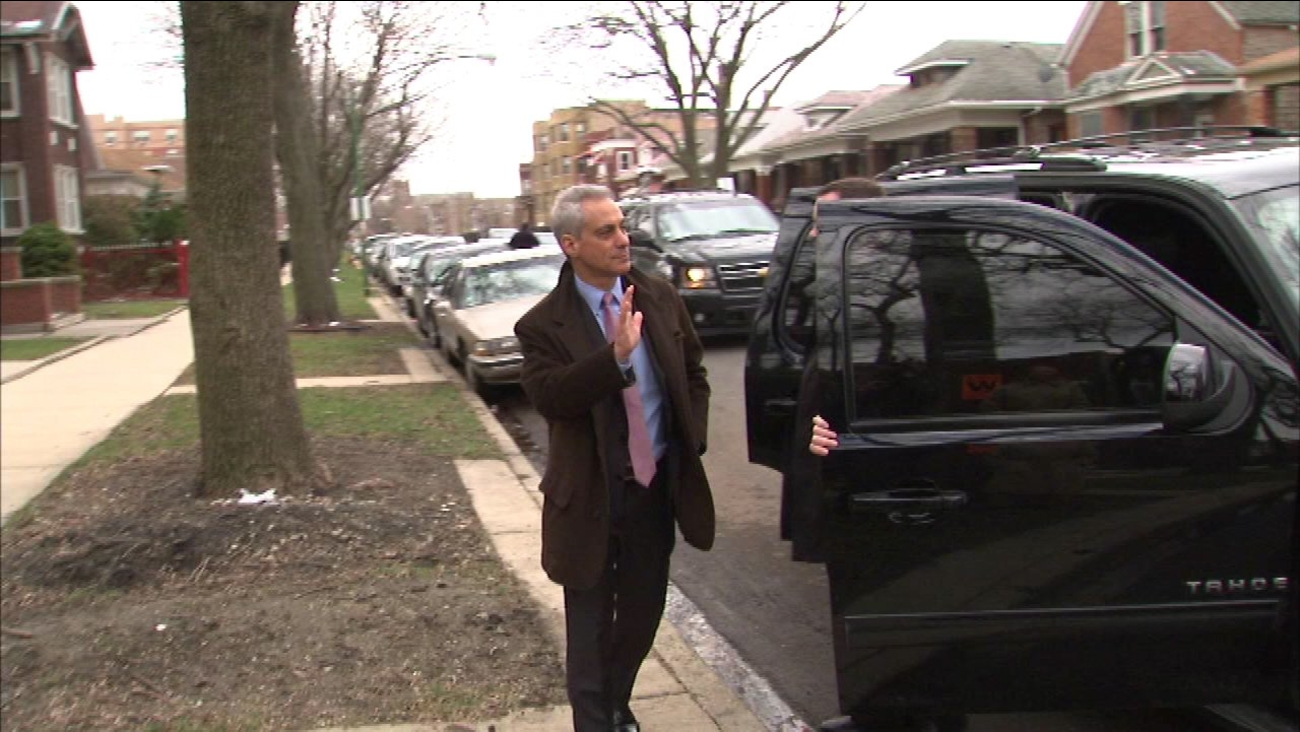 CHICAGO (WLS) -- A federal judge found politics did not lead to a change in Mayor Rahm Emanuel's security detail.

The opinion came after a federal lawsuit was filed by Chicago police officers who worked on former Mayor Richard M. Daley's security detail. Eight cops were reassigned and replaced when Emanuel became mayor in spring 2011.

In the Wednesday opinion, the judge said there was not enough evidence to prove their claims.
Emanuel was forced to testify in the case.