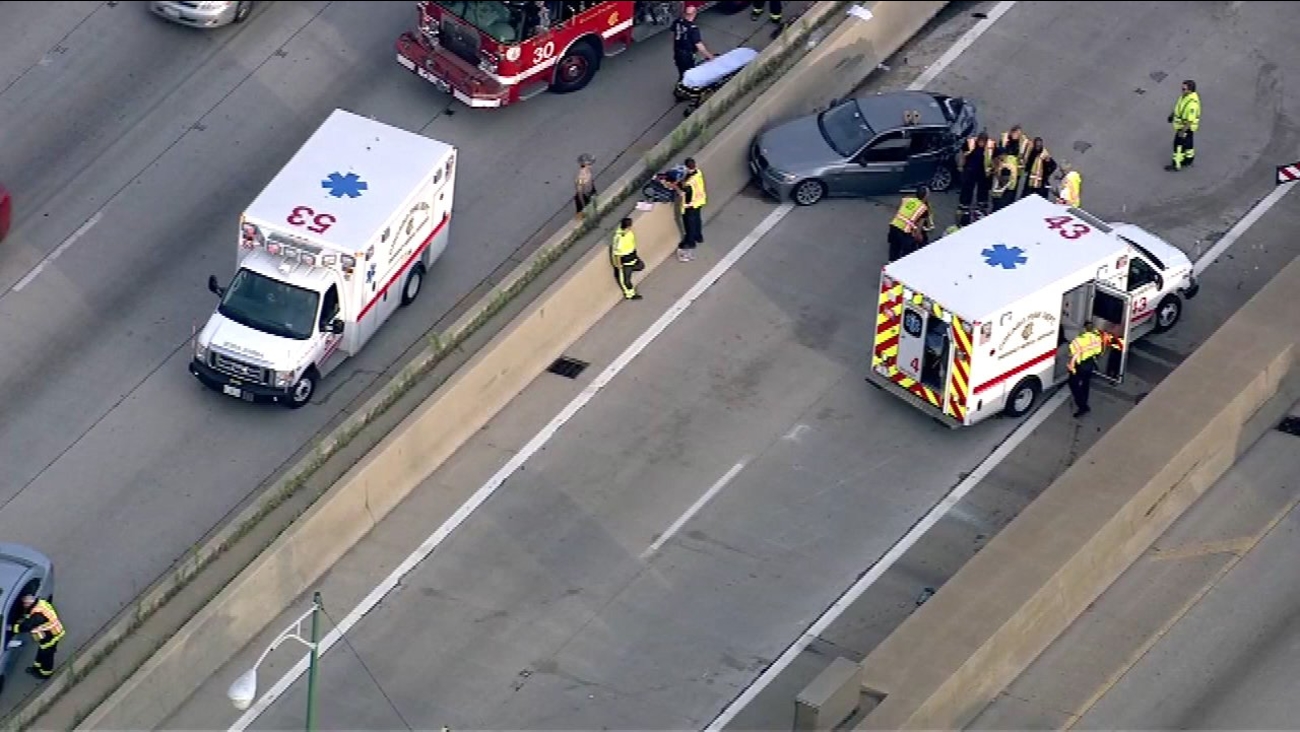 CHICAGO (WLS) -- Four people were injured in a crash on the Kennedy Expressway reversible lanes near Ogden Avenue.

Illinois State Police said a black Toyota Rav struck a BMW that was stalled on the side of the inbound express lanes due to a flat tire Tuesday morning.

Two people were transported to Northwestern Memorial Hospital. Two others were taken to Stroger Hospital. State police said none of the injuries were life-threatening.