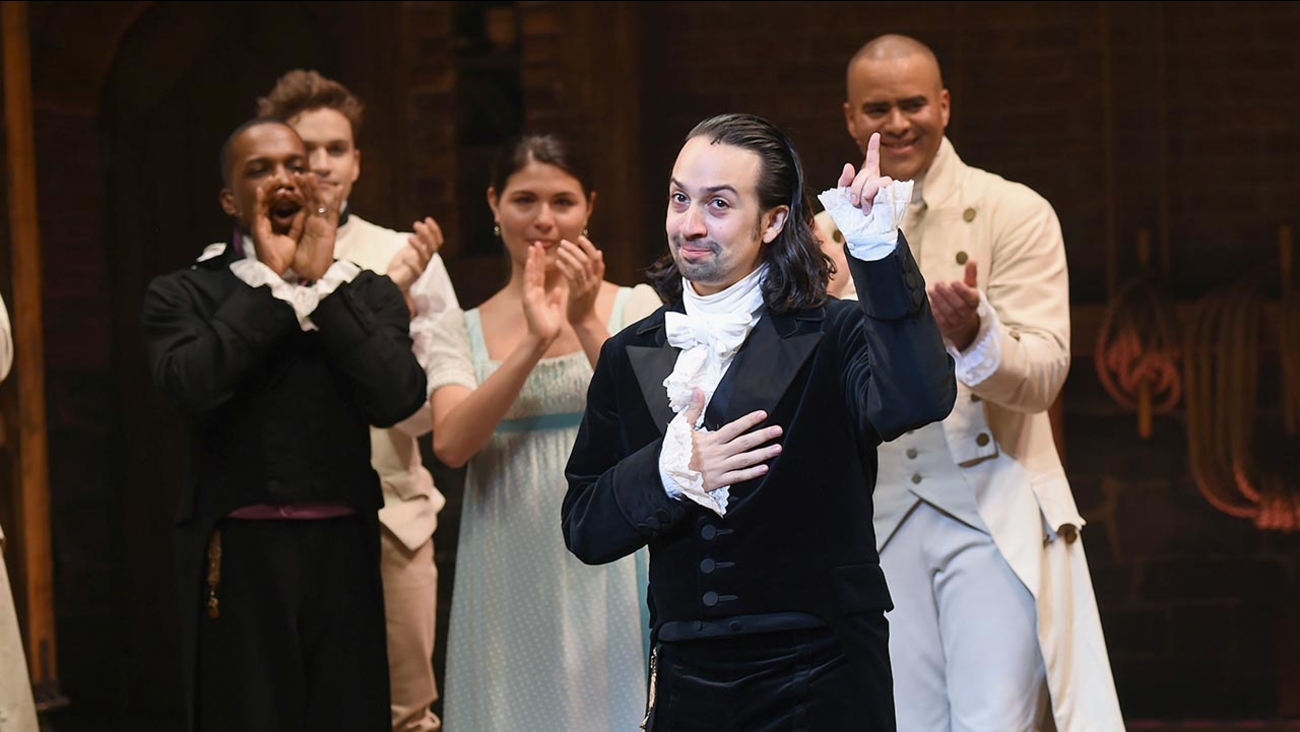 CHICAGO (WLS) -- "Hamilton" bursts onto the Chicago stage this September - and we're just finding out who some of the cast members will be in the musical!

A young actor who plays Philip Hamilton is a 2011 graduate of the Chicago Academy of the Arts: Jose Ramos.

Miguel Cervantes will play Alexander Hamilton, following in the footsteps of Tony winner Lin-Manuel Miranda. Cervantes is warming up for the Chicago run. He's currently performing the part on Broadway in a matinee.

Tony winner Karen Olivo has just scored the key role of Angelica Schuyler.
she's a Broadway baby who's been living in Wisconsin recently.

The actress tweeted, "I'm glad to work in my own backyard. Let's do this Chicago!"

Samantha Marie Ware got her first part after a Chicago audition for "The Lion King." She'll play Peggy Schuyler.