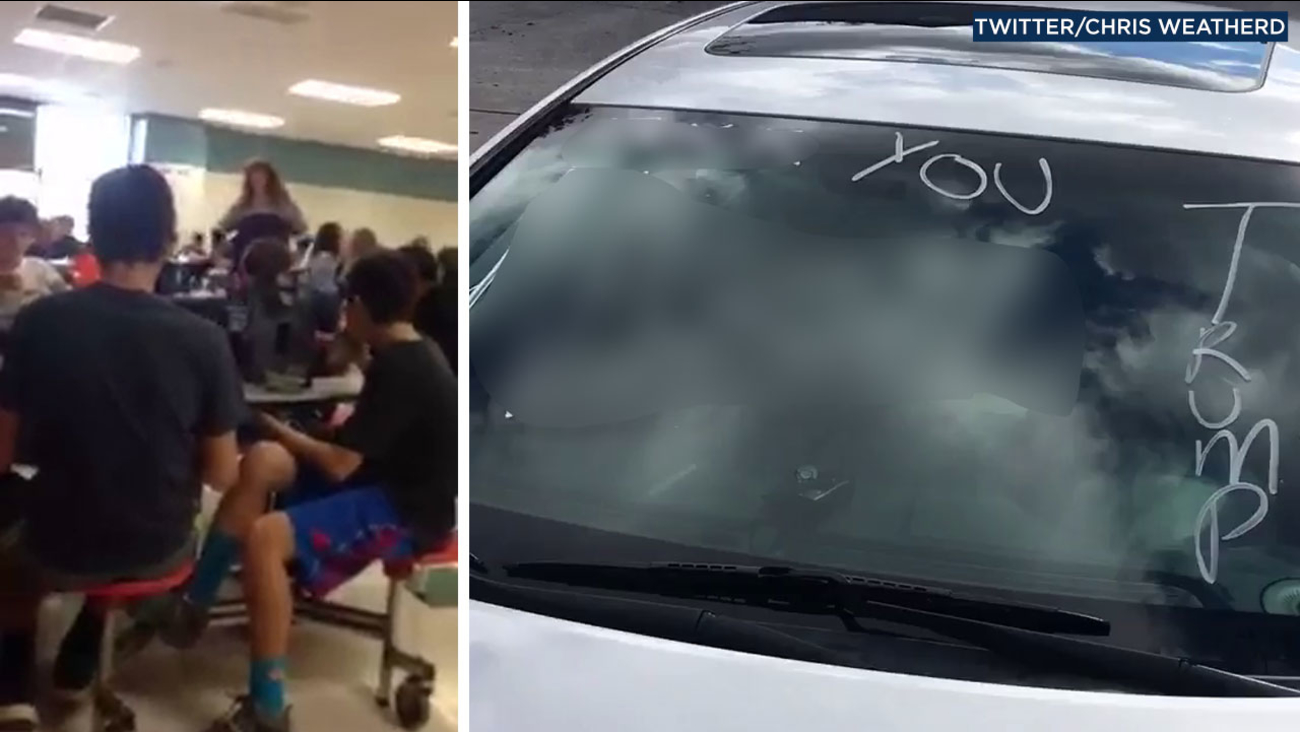 Videos show students chanting "build the wall" at a Michigan school, while another shows racial slurs spray painted on a Tennessee man's car.

As the news settles in that Donald Trump will be the next president, seventh graders at a school in Michigan began chanting "build the wall" at Latino classmates, who were said to have cried during the incident.

A student captured the tense scene on video. The child's parent said racially motivated bullying has been getting worse at the school, which is why her daughter caught the act on video.

A former Tennessee football player woke up Wednesday morning to find someone had spray-painted racial slurs across the his car's windshield as well as all of his side and back windows. The slur also included the word "Trump" across the side of the windshield and on some of the other windows.

Students at Gurnee High School, just outside of Chicago, found the phrase "whites only" written on a bathroom wall, as did students at a school in Minnesota.