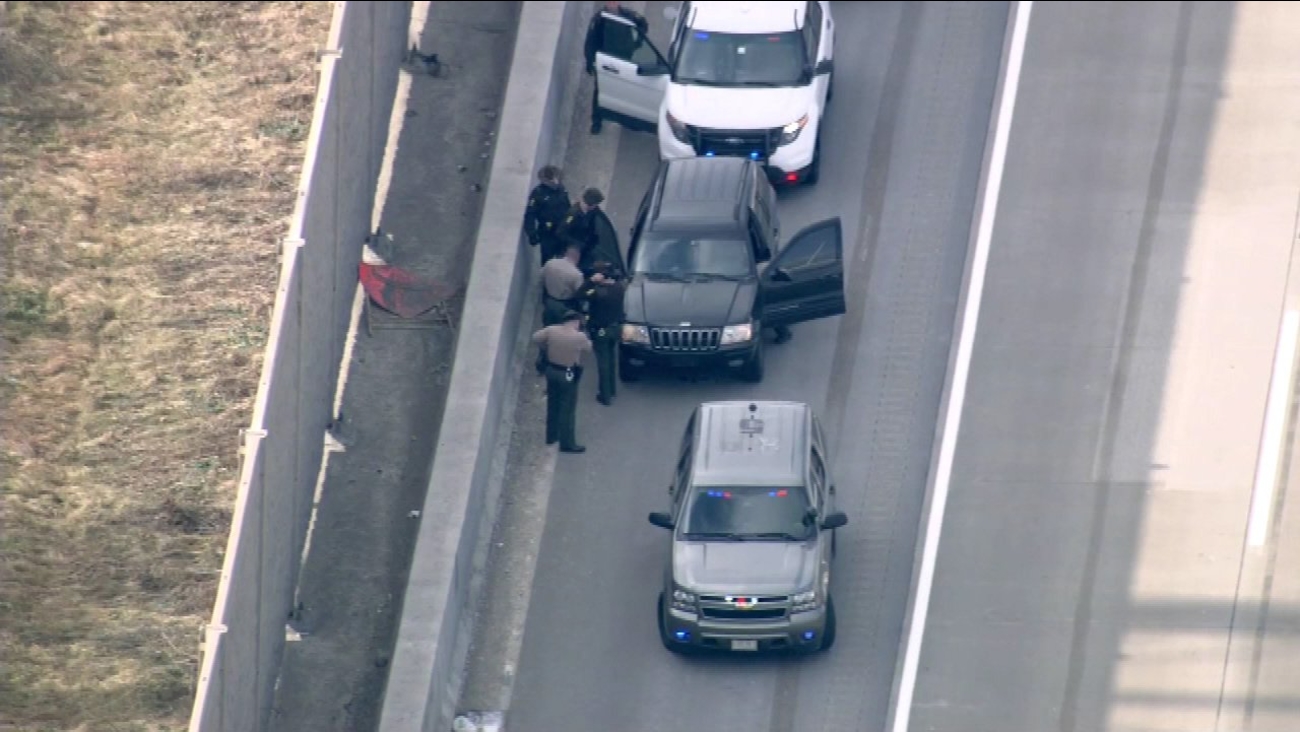 ELGIN, Ill. (WLS) -- Two suspects wanted for armed robbery at a mall in Rockford, Ill., were taken into custody Friday on I-90 in the northwest suburbs.

Illinois State Police said two male suspects fled Cherry Valley Mall in a black Jeep Cherokee and were headed east on the Jane Addams Tollway toward Chicago when the vehicle blew a tire near Route 25.

Chopper 7HD was over the scene around noon. Several state trooper and police vehicles surrounded the Jeep. The two suspects were apprehended.