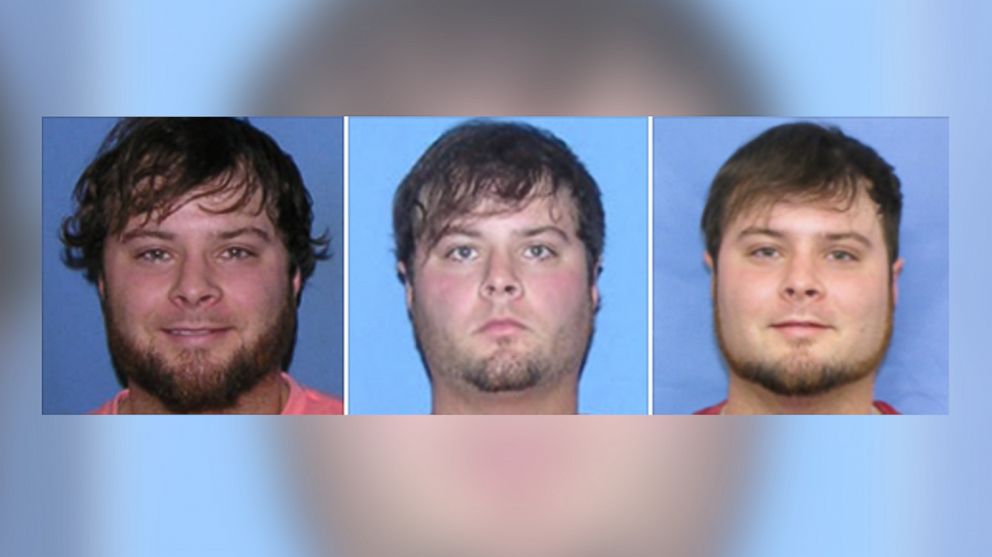 DORRANCE, Kan. -- An armed and dangerous fugitive wanted in connection with the killing of his girlfriend and the attempted killing of another woman in Mississippi is now in custody.

A nationwide manhunt had been launched to find Deaton after his girlfriend was found dead last week in Rankin County, Mississippi, near Jackson, and a jogger was shot near the girlfriend's apartment.

Troopers tried to stop a black Cadillac headed eastbound on Interstate 70 just before 8 a.m. after it matched the description of a car seen following a shooting at a Pratt, Kansas, convenience store earlier Wednesday morning, according to a statement from the patrol.

The driver fled at a high rate of speed, the statement said. The vehicle then crashed and caught on fire, and Deaton was pulled out and placed under arrest.

"I understand that the troopers did some pretty heroic, tactical moves with their vehicles to get the man stopped," said Marshall Fisher, head of the Mississippi Department of Public Safety, at a news conference. " ... He's led us on quite the chase the last few days, and everybody here is very happy that he's in custody."

Deaton is also considered a person of interest in a third incident in Mississippi that left a woman dead, according to authorities.

Local and federal authorities had offered a reward up to $32,500 for information leading to his capture.

Deaton was spotted Tuesday night in Albuquerque, New Mexico, where he allegedly carjacked a couple there, according to the Rankin County Sheriff's Office. The couple were able to escape, but the male victim sustained a gunshot wound, the sheriff's office said. Deaton escaped in the couple's Honda Civic, police said.

Deaton's girlfriend, Heather Robinson, 30, was found dead in her apartment Friday afternoon following a welfare check. Earlier that morning near the apartment, a jogger had called 911 to say she had been shot by a man who was driving a white SUV, believed to belong to Robinson, authorities said. The jogger was shot in the thigh and is expected to recover.

Robinson's family sent a statement to CNN affiliate WJTV-TV in Jackson, saying: "Our family has been overwhelmed by our tragic loss since Friday afternoon. Our lives are forever changed and words cannot express our pain and sorrow. For those that did not know Heather, she had a BS degree in nursing and enjoyed her career in the medical field. She was a very hard working and determined young lady and held respect for all. At this point we ask that our privacy be respected so we can grieve as a family."

Deaton has no prior criminal history, Bailey said. But he said there were some disturbing reports about the suspect from Robinson's family.

"I think some of the signs were there about an abusive boyfriend, a controlling boyfriend," Bailey said. "I believe that's what started all these tragic events; I believe Heather was trying to distance herself or break up with him."

Deaton also is "a person of great interest" in the Thursday shooting death of Brenda Pinter, 69, at a church in Neshoba County, Mississippi, said Sheriff Tommy Waddell.

Surveillance video showed an SUV similar to the one in the jogger incident entering the parking lot of Dixon Baptist Church that day. Pinter, a member of the church, came by herself around 4 p.m. to clean. Later that afternoon, her husband tried unsuccessfully to reach her by phone and then drove over to the church to check on her. He found her body in the church office. She had been shot to death.

"I have a video showing a vehicle that is very similar to the vehicle that he (Deaton) was known to be driving," the Neshoba sheriff said. "That vehicle belonged to a victim that was found deceased in Rankin County. There is no link we know of between this woman and the other two victims."

Deaton has been charged with one count of first-degree murder in his girlfriend's death as well as aggravated assault in the jogger's shooting, according to Rankin County District Attorney Michael Guest.

The preliminary cause of death in the Robinson case was manual strangulation, he said.

"The charges may be upgraded to capital murder once we have received the final report from the medical examiner," Guest told CNN.