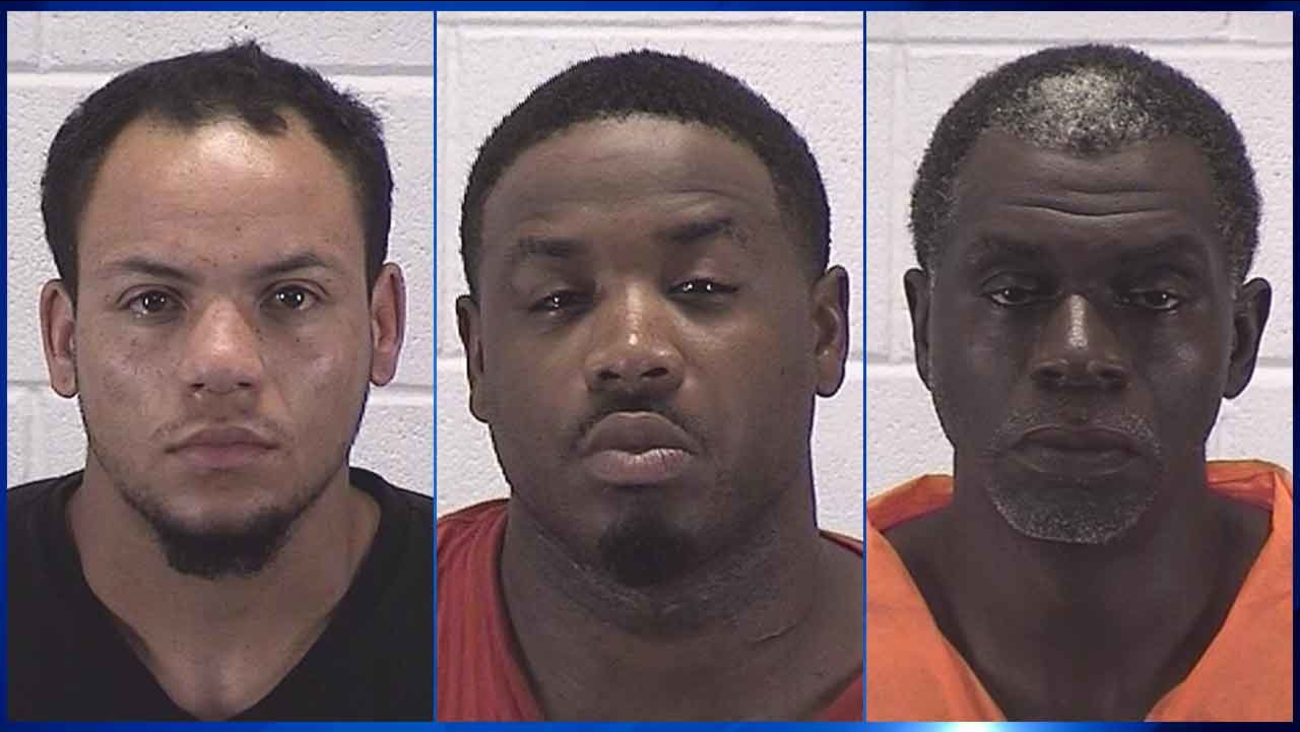 Three men have been charged in connection with Thursday night's armed robbery at a KFC restaurant in west suburban Aurora in which three people were shot.

AURORA, Ill. (WLS) -- Three men have been charged in connection with Thursday night's armed robbery at a KFC restaurant in west suburban Aurora in which three people were shot.

In addition, an Aurora woman was charged with two other recent armed robberies, one occurring in Aurora and the other in unincorporated Aurora.

Claude Jackson, 45, and Joshua O. Scott, 26, and Chase N. West, 19, were all charged in the robbery that resulted in three employees, all male, being shot. The employees are all expected to survive. A fourth employee in the store at the time of the shooting, a 36-year-old woman, was able to hide in a closet and was not injured.

Jackson, while armed with a rifle-type firearm, and West, allegedly entered the restaurant at about 8:25 p.m. Thursday, announced the robbery, and ordered the three employees to the front of the store. When Jackson discovered that none of the employees could open the cash register, he allegedly shot each person a single time.

Robertson was also charged late Saturday with single counts of armed robbery in connection with the holdup of an auto repair shop on July 22 in the 1900 block of North Farnsworth in unincorporated Aurora; and a Mexican restaurant on August 4 in the 400 block of Hinman Street in Aurora.

Charging documents indicate that Robertson, Scott, and West are all on parole. No bond parole warrants have been issued for all three by the Illinois Department of Corrections.

Bail was set at $2 million for both Robertson and Jackson; and $1.5 million for Scott and West this morning at weekend bond call. Their next court dates were not immediately available. 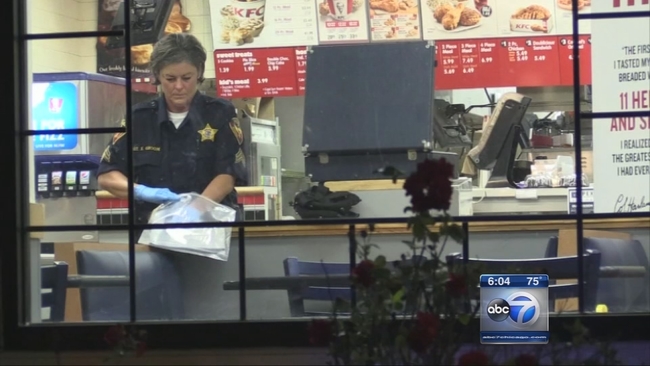