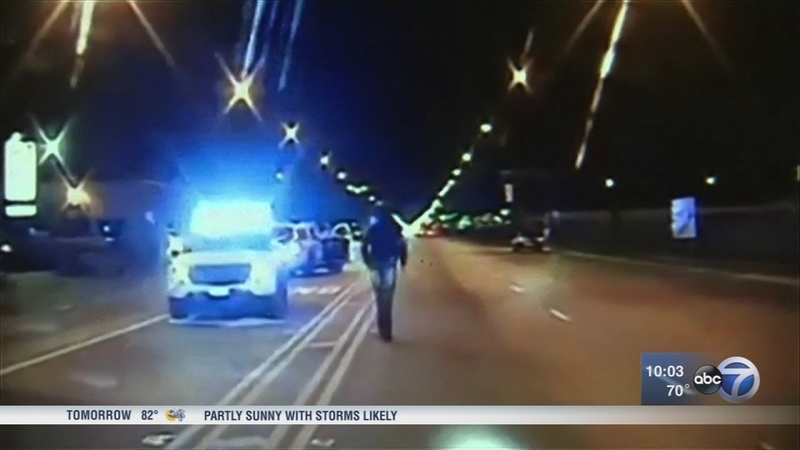 CHICAGO (WLS) -- Three current or former Chicago police officers were indicted on state felony charges for allegedly engaging in a conspiracy in an attempt to prevent or shape an independent criminal investigation of the police-involved shooting death of 17-year-old Laquan McDonald.

Detective David March and Patrol Officers Joseph Walsh and Thomas Gaffney were each charged with conspiracy, official misconduct and obstruction of justice. The three-count indictment was voted on Monday by a Cook County special grand jury.

"The indictment makes clear that these defendants did more than merely obey an unofficial 'code of silence,' rather it alleges that they lied about what occurred to prevent independent criminal investigators from learning the truth," Holmes said.

March, 58, a police veteran of more than 30 years; Walsh, 48; and Gaffney, 43, both with approximately 20 years on the Chicago Police Department, are expected to appear voluntarily for arraignment July 10.

According to the indictment, March, Walsh, Gaffney and an officer named in the indictment as "Individual A" and known to be Officer Jason Van Dyke, conspired in the critical early hours and days, beginning on Oct. 20, 2014, and after, "to conceal the true facts of the events surrounding the killing of Laquan McDonald."

Van Dyke is charged with murder in McDonald's death.

Police spokesman Anthony Guglielmi said Gaffney is the only officer still at the Chicago Police Department, and in accordance with department rules for a felony indictment he will be suspended without pay.

"These defendants lied about what occurred during a police-involved shooting in order to prevent independent criminal investigators from learning the truth," said Holmes.

The indictment alleges March, the lead detective in the case; Walsh, Van Dyke's partner who was present at the shooting; and Gaffney, who was also at the scene, made false police reports and ignored information and witnesses contradicting Van Dyke's contention that McDonald, armed with a knife, lunged at officers and even caused injury.

"The indictment makes clear that it is unacceptable to obey an unofficial code of silence," Holmes said.

And the indictment further alleges the officers communicated with each other to coordinate their reports, and then deleted those communications.

A Chicago police spokesperson released a statement on behalf of Superintendent Eddie Johnson, saying, "The shooting of Laquan McDonald forever changed the Chicago Police Department and I am committed to implementing policies and training to prevent an incident like this from happening again. Throughout this investigation, CPD has fully cooperated with prosecutors and will continue to do so. We will also continue to implement meaningful reforms that build community trust, provide greater training and resources to our dedicated officers, and make Chicago safer."

The Fraternal Order of Police released a statement, saying, "The FOP learned today that three officers, active and former, were indicted by Special Prosecutor Patricia Holmes in connection with the Laquan McDonald case. At this time, we have not reviewed the indictment and, as general practice, we do not comment on ongoing investigations."

But some who have pressed for police reforms say the indictment is not enough.

"We believe this to be community appeasement, a dog and pony show, a public relations move," said Eric Russell, Tree of Life Justice League of Illinois.

"Going on up, the supervisors knew, the Independent Police Review Authority knew, the mayor's office knew about the existence of a dash cam video," said Chaclyn Hunt, The Invisible Institute.