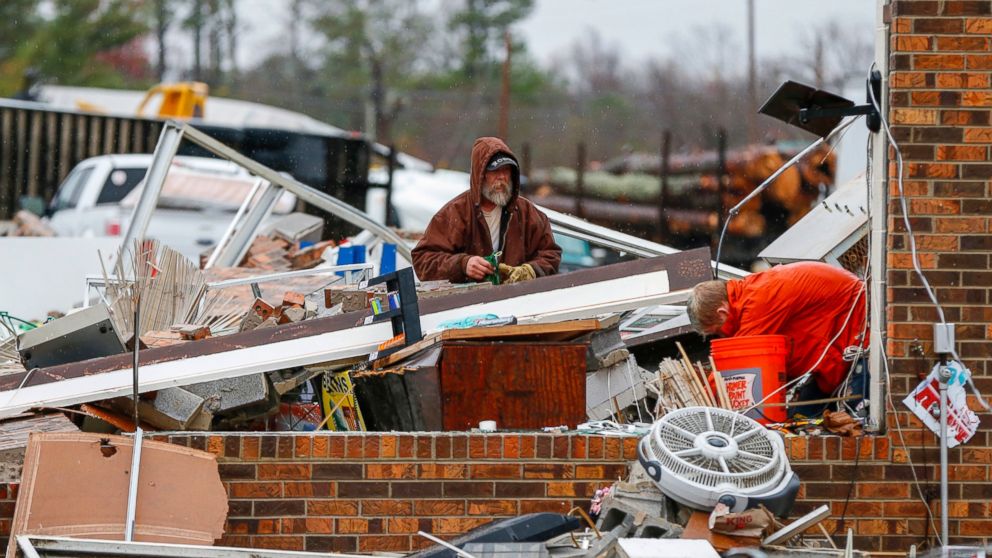 At least five people have died and seven have been injured after severe weather and reported tornadoes tore across the states of Alabama and Tennessee early Wednesday, destroying dozens of structures, including a 24-hour daycare facility.

The National Weather Service confirmed three fatalities after a reported tornado destroyed homes and businesses in the town of Rosalie.

About 15 to 20 structures were destroyed, including the Macklin Baptist Church and Rosalie Plaza, a convenience store, gas station and strip mall, according to the weather service and Rocky Harman, chief deputy of the Jackson County Sheriff's Office. Images of the devastation show structures caved in or smashed down to the foundation.

There were also several injuries, one of them critical, Harman said.

The weather service said it received several preliminary reports of tornadoes in Alabama.

Another reported tornado wounded multiple people, including the four children in critical condition, after ripping through a 24-hour daycare near the town of Ider along Highway 117, the National Weather Service said.

Images on social media showed children's toys strewn across a floor with no roof or walls surrounding it.