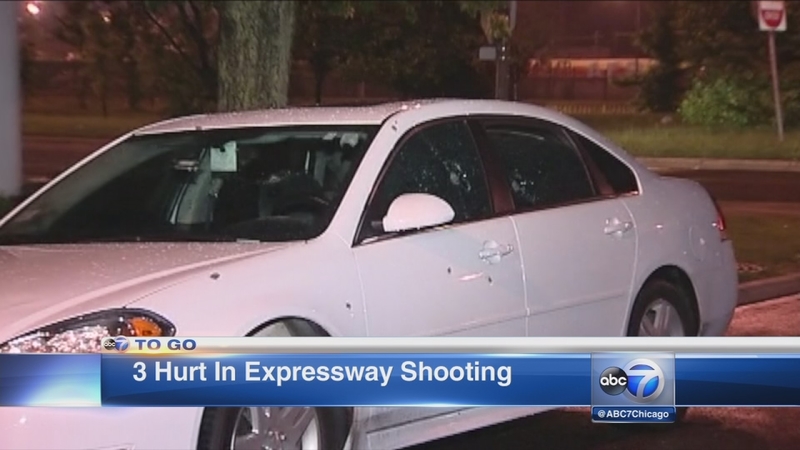 The shooting took place around 1:08 a.m. A white car was riddled by bullets. Illinois State Police closed some lanes between 43rd Street and West 57th Street after they recovered shell casings.

All three victims were treated for non-life-threatening injuries at St. Bernard Hospital and later released. Police said two other people in the car were unharmed.

A 20-year-old man, who will only go by "Logan," suffered a graze wound to his neck.

"I got shot in the back of the head. A graze. I don't really want to go too in-depth about it," he said. "I'm just happy to be here and happy to be fortunate enough that it missed me."

A witness told police the shooter was driving a light-colored Lincoln. No one is in custody. There was no word on a motive.

Anyone with information regarding the expressway shooting should contact ISP District Chicago at (847) 294-4400.

This is just the latest in a string of expressway shootings. Just this past Monday, there was gunfire on the Dan Ryan at West 31st Street. The victim drove himself to the hospital.

Another shooting was reported just before 5 a.m. Monday in the city's Washington Heights neighborhood, when someone in a green Chevy fired shots at another car on I-57 near South Halsted Street, blowing out the rear window.