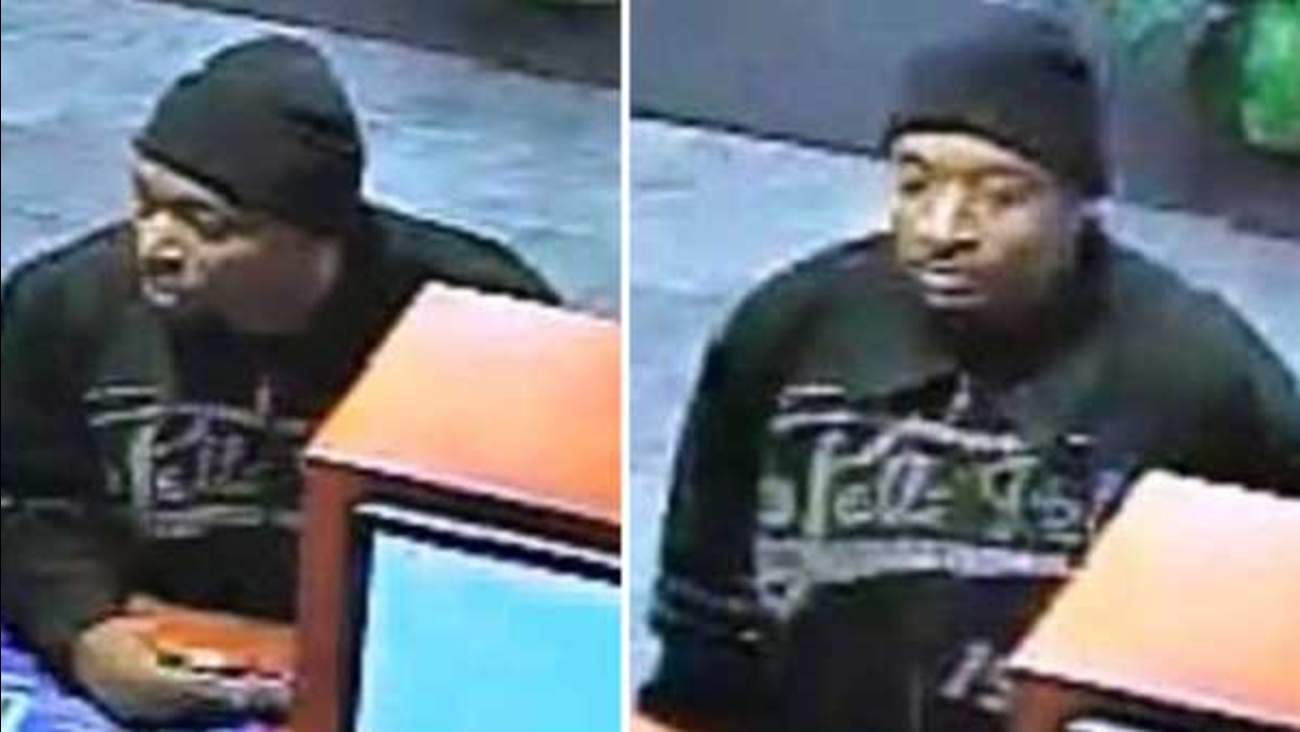 CHICAGO (WLS) -- FBI officials are continuing to search for a suspect they've dubbed the "Play Along Bandit," a man wanted in connection with seven robberies that have occurred since October 2014.

The most recent bank robbery was reported at First American Bank in the 1200-block of South Wabash in the city's South Loop neighborhood on Friday. Officials say the suspect allegedly displayed a handgun during the incident.

Authorities have named the suspect the "Play Along Bandit" because witnesses say he acts like a customer before each robbery.

The suspect is also wanted in connection with the following robberies:


The suspect is described as a black man in his late 20s around 5-foot-8 inches tall.