21 vehicles involved in crash in Huntley 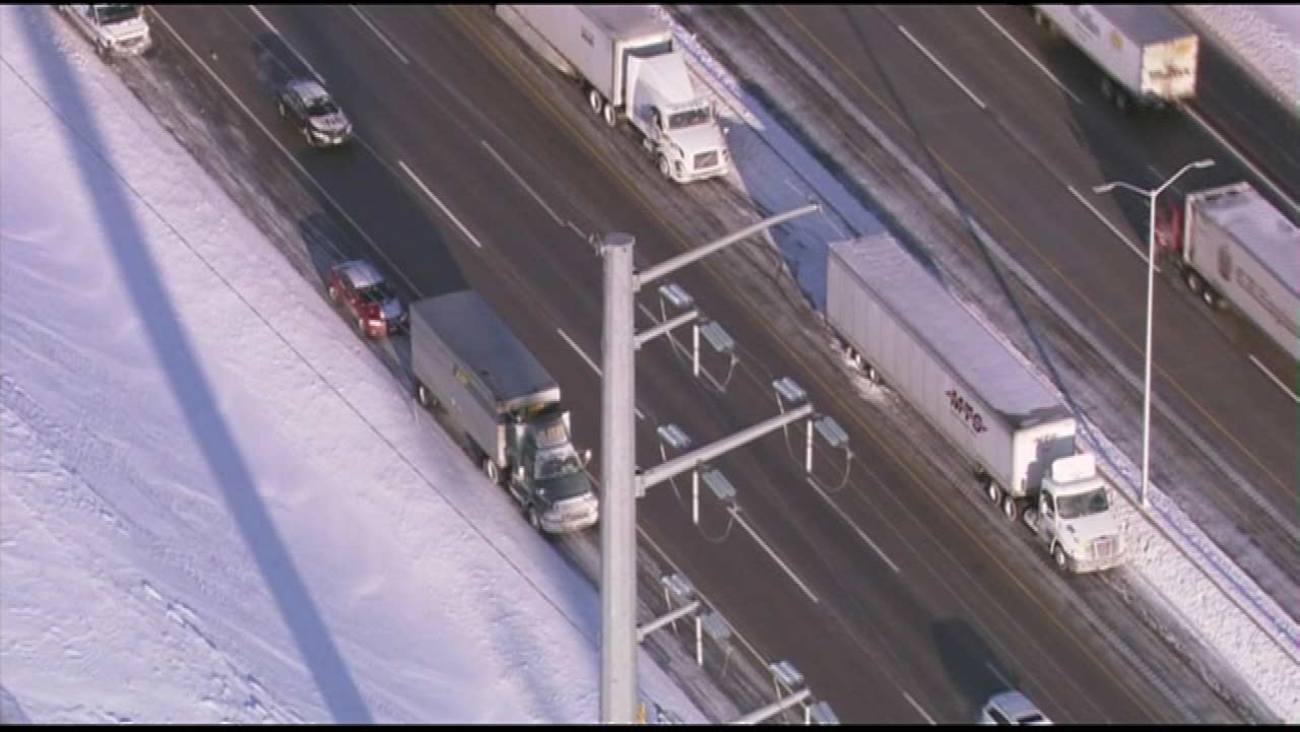 HUNTLEY, Ill. (WLS) -- About 21 vehicles were involved in crashes and spinouts along the eastbound Jane Addams Tollway in northwest suburban Huntley Friday morning.

An estimated 15 cars and six semis were in varying aspects of accidents. One small crash appeared to have spun out and then was impacted by a semi. About six rear-end accidents appeared to follow, some involving cars slamming into semis.

Two lanes of traffic appeared to be getting by. A mattress was seen along the raod after the crashes.