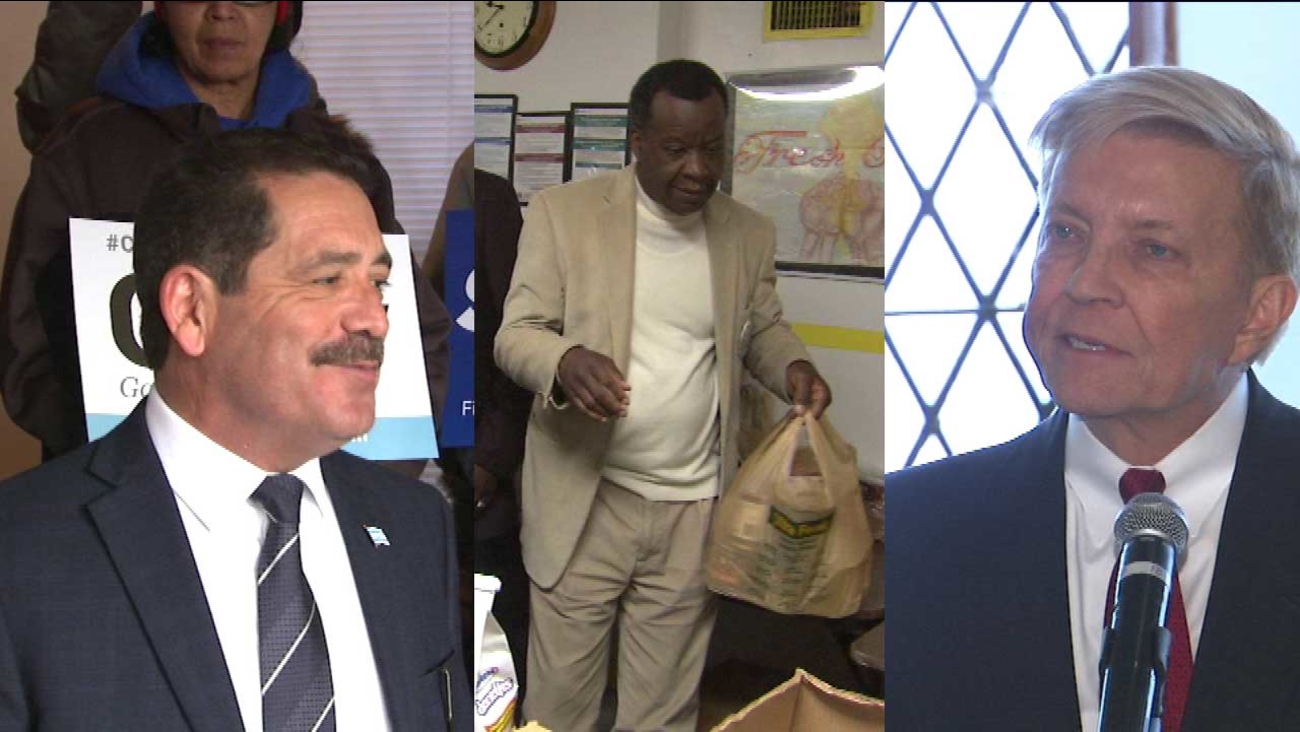 WLS
CHICAGO (WLS) -- Mayoral challengers Jesus "Chuy" Garcia, Bob Fioretti and Willie Wilson made appearances at events around Chicago as they campaigned in the race for mayor.

Garcia helped kick off a neighborhood canvas for Tara Stamps, who is running for alderman in Chicago's 37th Ward. Garcia spoke to supporters about the need for economic revitalization in Chicago neighborhoods.

Fioretti appeared at Trinity Episcopal Church Saturday for a "One Voice, One Vision, One Chicago," rally to celebrate the legacy of Dr. Martin Luther King. Fioretti told the crowd that Chicago is at a crossroads.

Wilson passed out what "bags of hope" Saturday at a food pantry. He also had a chance to talk with people about his plans for the city of Chicago. He says he wants to make sure every resident is treated equally and fairly, no matter where they live in the city.