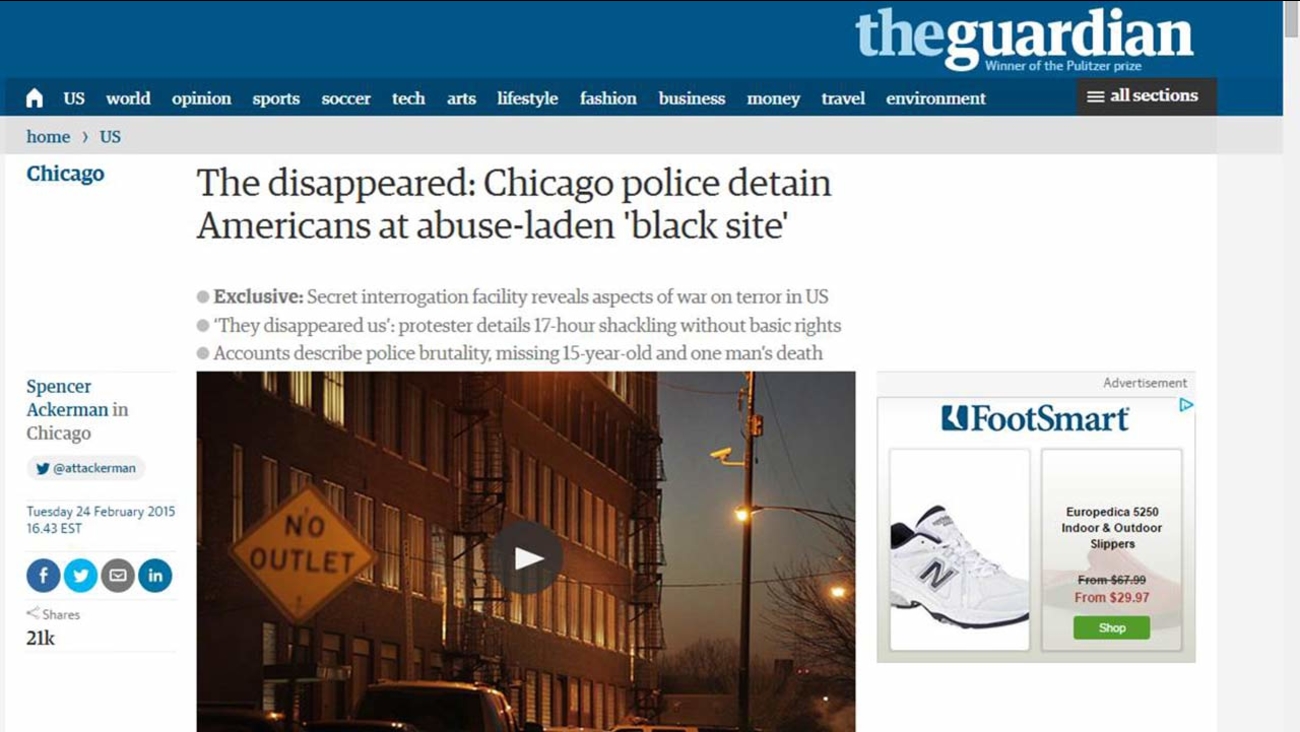 WLS
CHICAGO (WLS) -- Chicago police officials on Tuesday disputed a British newspaper investigation that reported the city operates an "off-the-books interrogation compound, rendering Americans unable to be found by family or lawyers while locked inside what lawyers say is the domestic equivalent of a CIA black site."