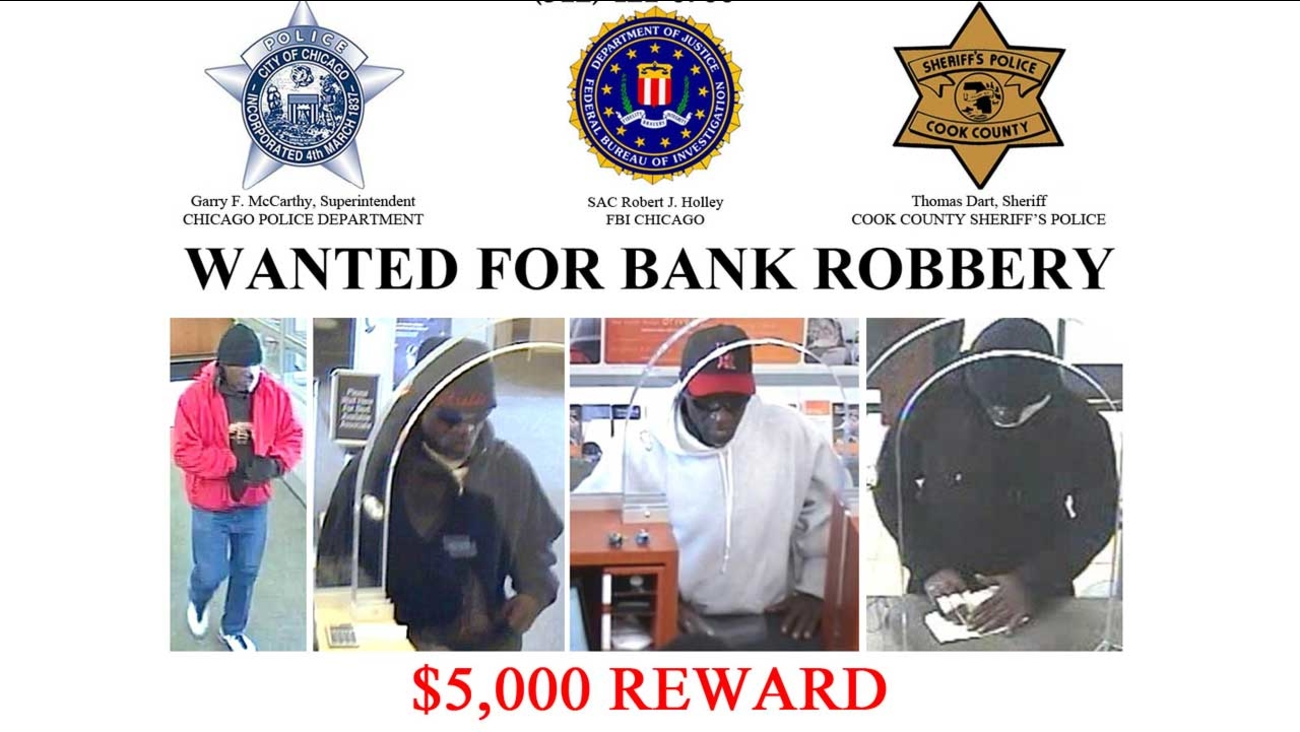 CHICAGO -- A $5,000 reward is offered for information leading to the arrest of a bank robber the FBI dubbed the "Bandage Bandit."

The bank robber wore a large gauze bandage on his face during two of the robberies. He's suspected in four recent holdups on Chicago's North and West sides in the last four weeks.

On each occasion, the robber demanded money and threatened harm, FBI officials said, but no one has been hurt. He is considered armed and dangerous, official said.

He is described as a black male, 6' and between 45 and 49 years old. He's worn a red or black jacket, or a gray hoodie with blue jeans, and a black knit cap or black baseball cap.