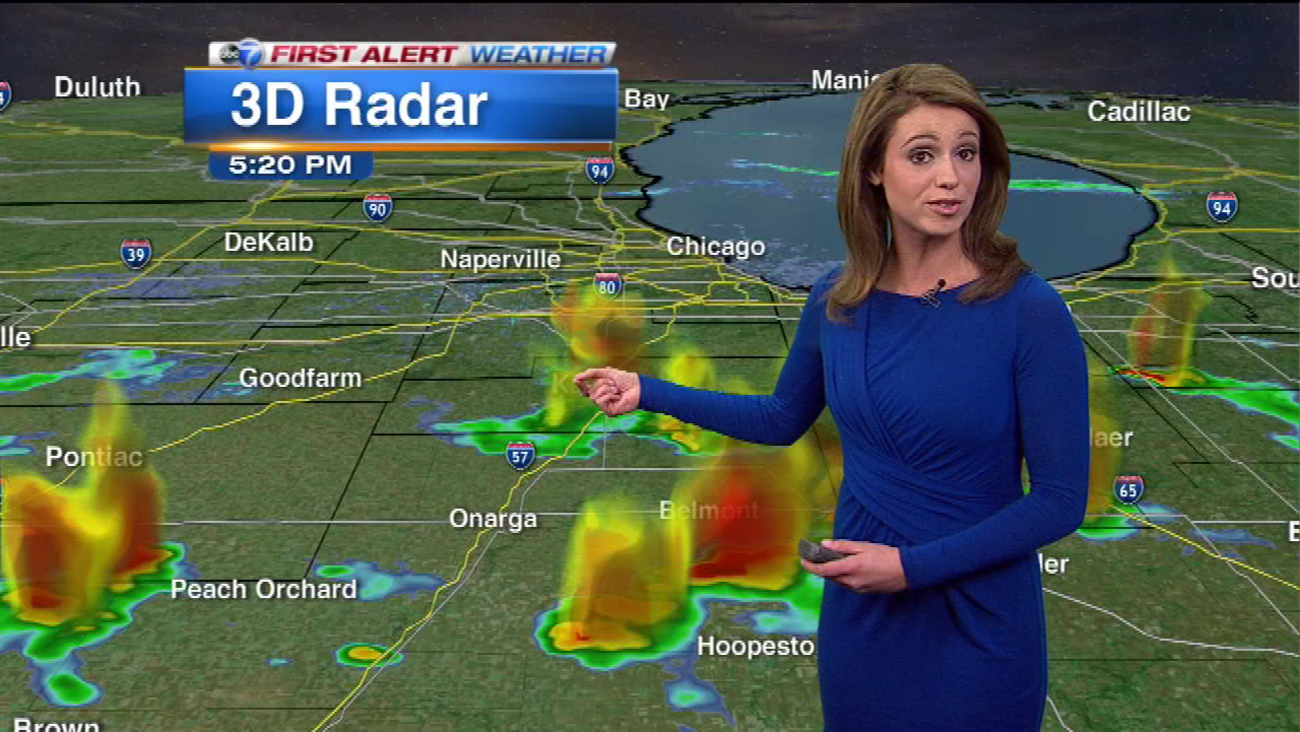 CHICAGO (WLS) -- A severe thunderstorm brought hail to parts of the Chicago area. Isolated storms with small hail, gusty winds and heavy rain are still possible, according to the National Weather Service.

A dense fog advisory is in effect until 11 a.m. CDT on Wednesday in Cook and Lake counties in Illinois. Visibility could be a quarter mile or less, especially near the lake.

Heavy storms moved across portions of Kankakee County into Jasper and Newton counties in Illinois, bringing with them heavy rain and a chance of hail, though there are no severe storm warnings issued for any of those areas. The storms are moving northeast.

A thunderstorm warning in Kankakee, Ford and Livingston counties in Illinois expired at 4:45 p.m.

Early Tuesday, heavy rain caused flooding on the inbound Kennedy Expressway and traffic delays on other highways. Fog remained in the area throughout much of the day.

The off-ramp from the inbound Kennedy to the outbound Eisenhower Expressway flooded, causing a massive backup between O'Hare Airport and downtown. At one point Tuesday morning, the commute time along that stretch of the inbound Kennedy exceeded two hours.

Drivers cautiously navigated through the flood water, which came more than halfway up vehicles' tires.

The Illinois Department of Transportation said mud and debris washed down the hill by the future Jane Byrne flyover bridge and clogged the inlets. Crews worked frantically to drain standing water from the area around the construction site. A contractor had the area cleared around 8:45 a.m.

The future flyover bridge work has involved lane closures and shifts since early spring. It's not scheduled to be complete until summer of 2016.

ABC7 Meteorologist Tracy Butler said the heaviest rain fell before 8:30 a.m. Tuesday. Many areas got more than one inch of rain.

Butler said light rain will linger into the afternoon and there is a chance for an isolated thunderstorm.

Tuesday will be cool with highs in the low 60s. But the area will warm to the mid-70s on Wednesday.