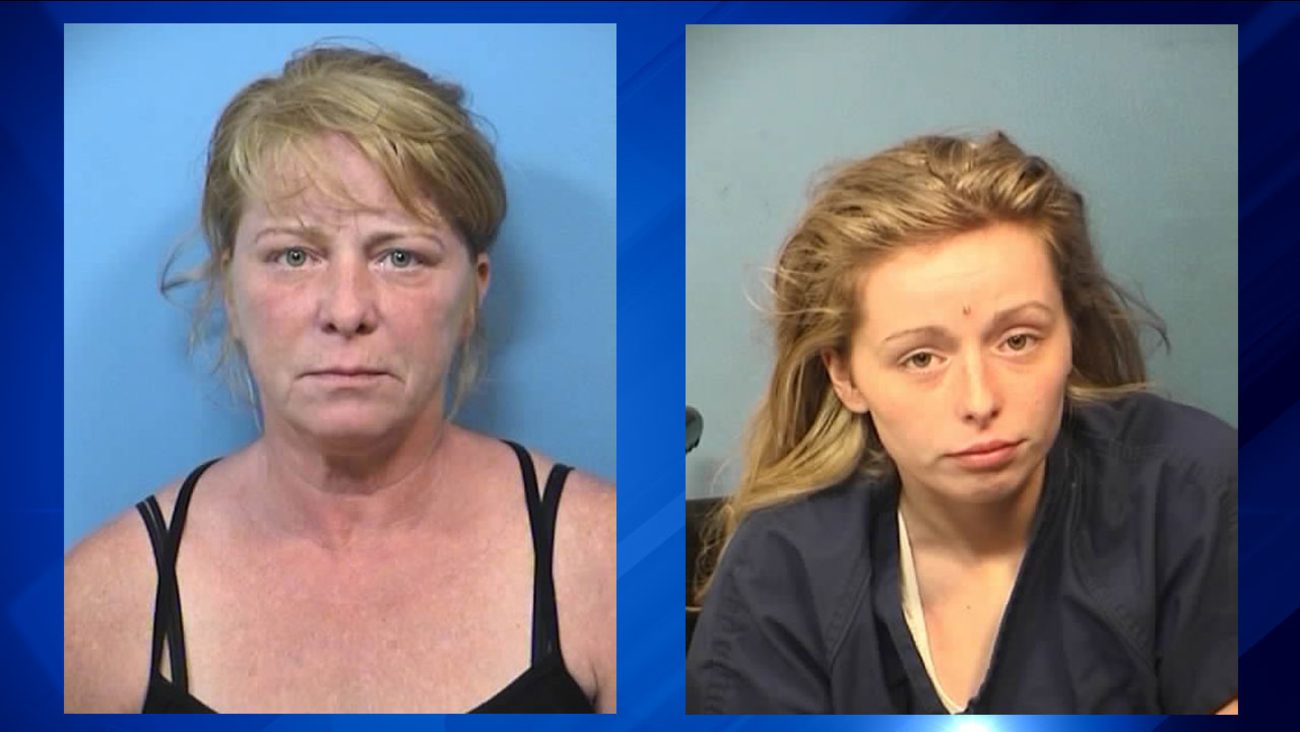 Kelly Palermo, 50, of Chicago, (left) and Samantha Palermo, 21, of Elmhurst, (right) were charged Thursday in connection with the stabbing death of their family cat. (DuPage County State's Attorney's Office)

WLS
A mother and her daughter were charged Thursday in connection with the stabbing death of their family cat, according to the DuPage County State's Attorney's Office.

Kelly Palermo, 50, of Chicago, and her daughter, Samantha Palermo, 21, of Elmhurst, each face one count of aggravated animal cruelty, a class 4 felony. Prosecutors allege that the daughter stabbed the cat while the mother held the pet down.

Judge Richard Russo set bond at $125,000 Thursday morning during a bond hearing. As a condition of bond, both women were ordered not to possess any animals.
The cat was killed at about 8:50 p.m. Wednesday while at the daughter's home, officials said. Mother Kelly Palermo allegedly became angry with the family cat and picked it up. While she held it, daughter Samantha Palermo stabbed the cat several times, prosecutors said.

Kelly Palermo's 14-year-old son got the cat away from his mother and called 911, officials said.

Kelly Palermo allegedly took the cat back from her son and held the cat down while Samantha again stabbed it several times eventually killing it, prosecutors said.

Both mother and daughter were taken into custody Wednesday without incident, officials said.

"The allegations in this case are beyond disturbing," said DuPage County State's Attorney Robert B. Berlin in a statement. "The very idea that two adults would work in tandem to kill a helpless family pet is sickening and will be prosecuted to the fullest extent of the law.