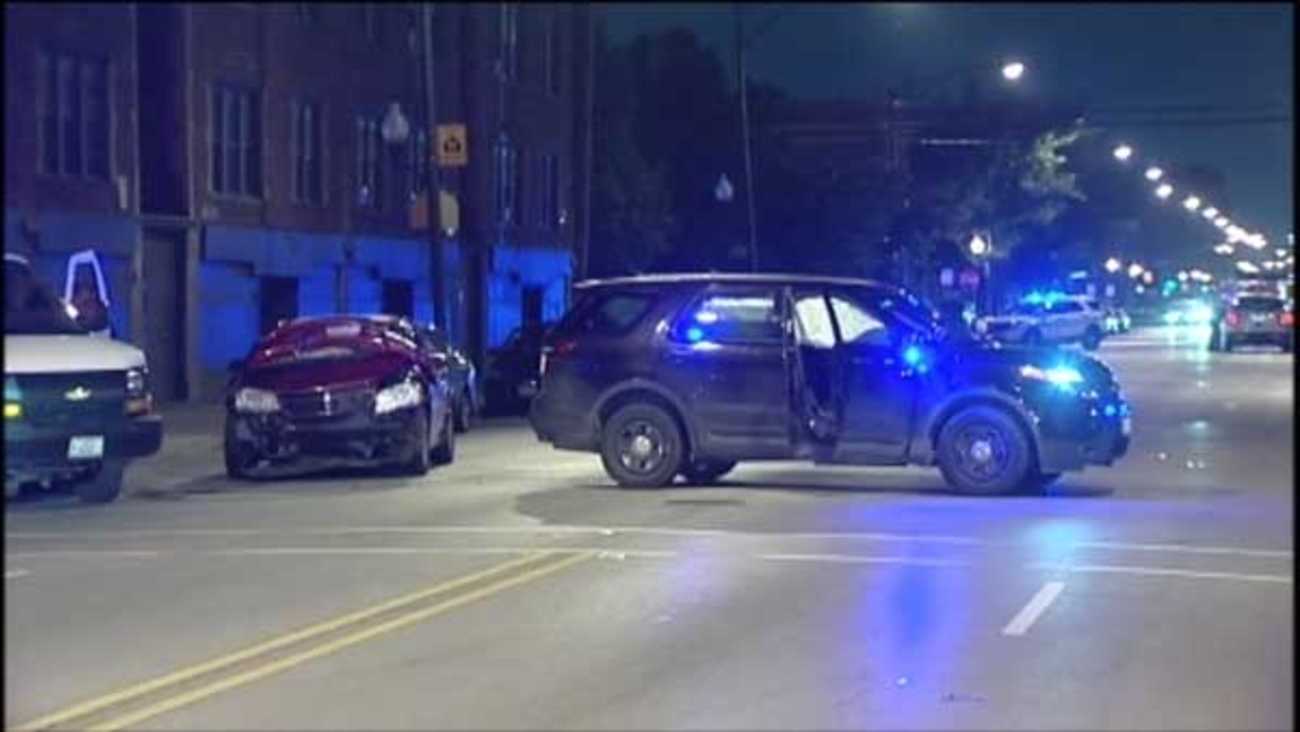 Three officers were taken to the hospital, treated and released. The driver of the other vehicle and a female passenger were taken to Mount Sinai Hospital with non-life-threatening injuries.

The driver was cited with failure to yield to an emergency vehicle, police said.

Eyewitnesses said the officers appeared to be following a white van that crashed into a fire hydrant. They said the driver of the white van ran off.

Police said the crash did not happen during a chase and the police vehicle had its emergency equipment activated.